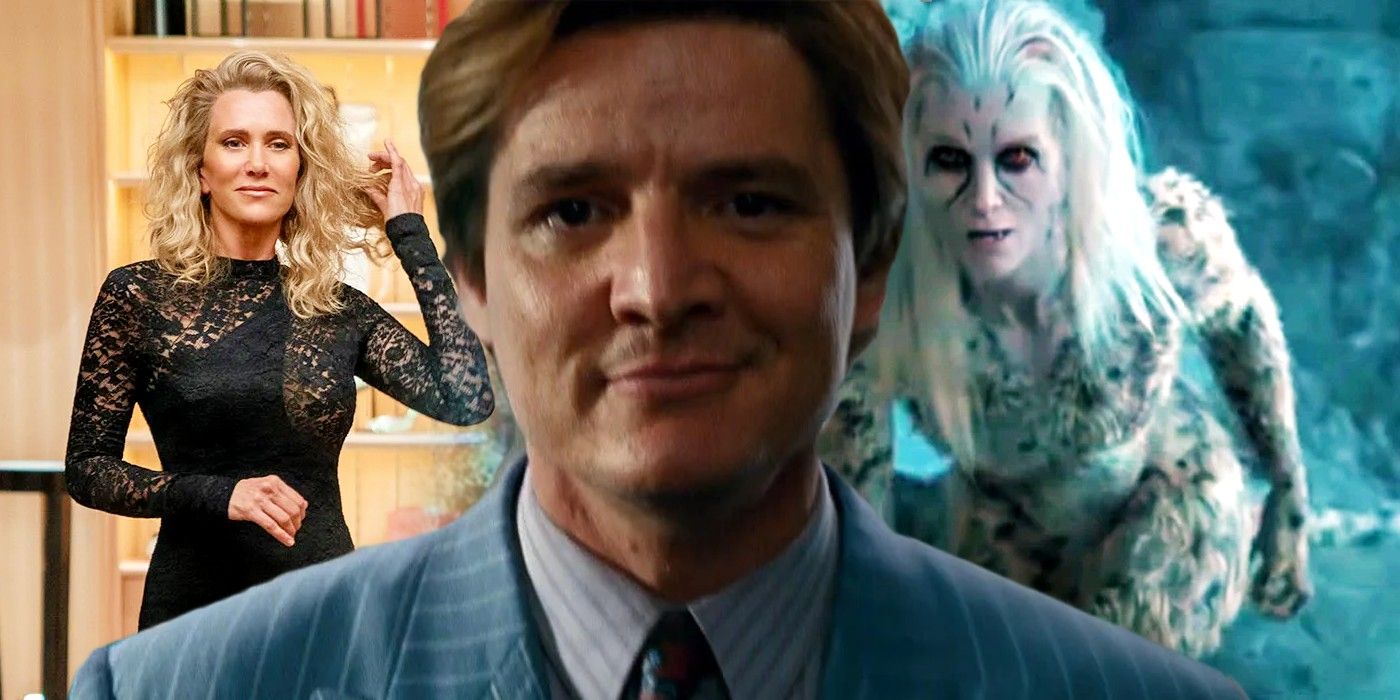 In Wonder Woman 1984, the ancient artifact known as the Dreamstone grants a person’s greatest wish for a price, but Barbara Minerva, a.k.a. Cheetah (Kristen Wiig), receives a second wish from Maxwell Lord (Pedro Pascal) once he becomes the Dreamstone. Feeling undervalued and unpopular, Barbara initially made a wish to be more like Diana (Gal Gadot), and as a result received the hero’s confidence and superhuman strength. However, Barbara later transforms into the super villain Cheetah after telling Lord that she wants to become an “apex predator,” seemingly violating the Dreamstone’s most basic rule that every person receives one wish.

When Diana, Barbara, and Steve Trevor (Chris Pine) visit the Mayan shaman Babajide (Ravi Patel) for more information about the Dreamstone, Diana unveils the secret of the stone: that the God of Lies created it and instilled it with their own power of deceit. Steve concludes that the trick of the Dreamstone is that it grants your wish, but also takes your most valued possession in return, similar to W.W. Jacobs’ short story “The Monkey’s Paw.” When Diana wished for Steve Trevor to be alive, she began to lose her demigod powers. When Barbara wished to be like Diana, she lost her best quality: her humanity. Similarly, Lord’s health began to debilitate after he wished to become the stone itself. While it may seem like Barbara received an exceptional second wish, she actually became Cheetah through the same loophole that Lord uses to get what he wants.

Related: Every Song In Wonder Woman 1984

Similar to the Dreamstone’s ability to take for itself in return for giving, when Lord grants people’s wishes as the Dreamstone, he takes something that belongs to them in return, such as President Reagan’s authority or Emir Said Bin Abydos’ (Amr Waked) security team. Once Lord has access to the government’s satellite array and is able to reach out to people across the world all at once, he grants their wishes and takes something he wants, which Barbara in turn benefits from. After Barbara confessed to Lord that she wants to be an apex predator, Lord grants her wish in an unorthodox way by making an exchange for it when he states, “Give her your rage and your prowess.” The next time Barbara is shown onscreen, the “rage” and “prowess” she received fully transmogrified her into a powerful human-cheetah hybrid. It wasn’t really a second wish, but rather part of the trade from someone else’s wish. 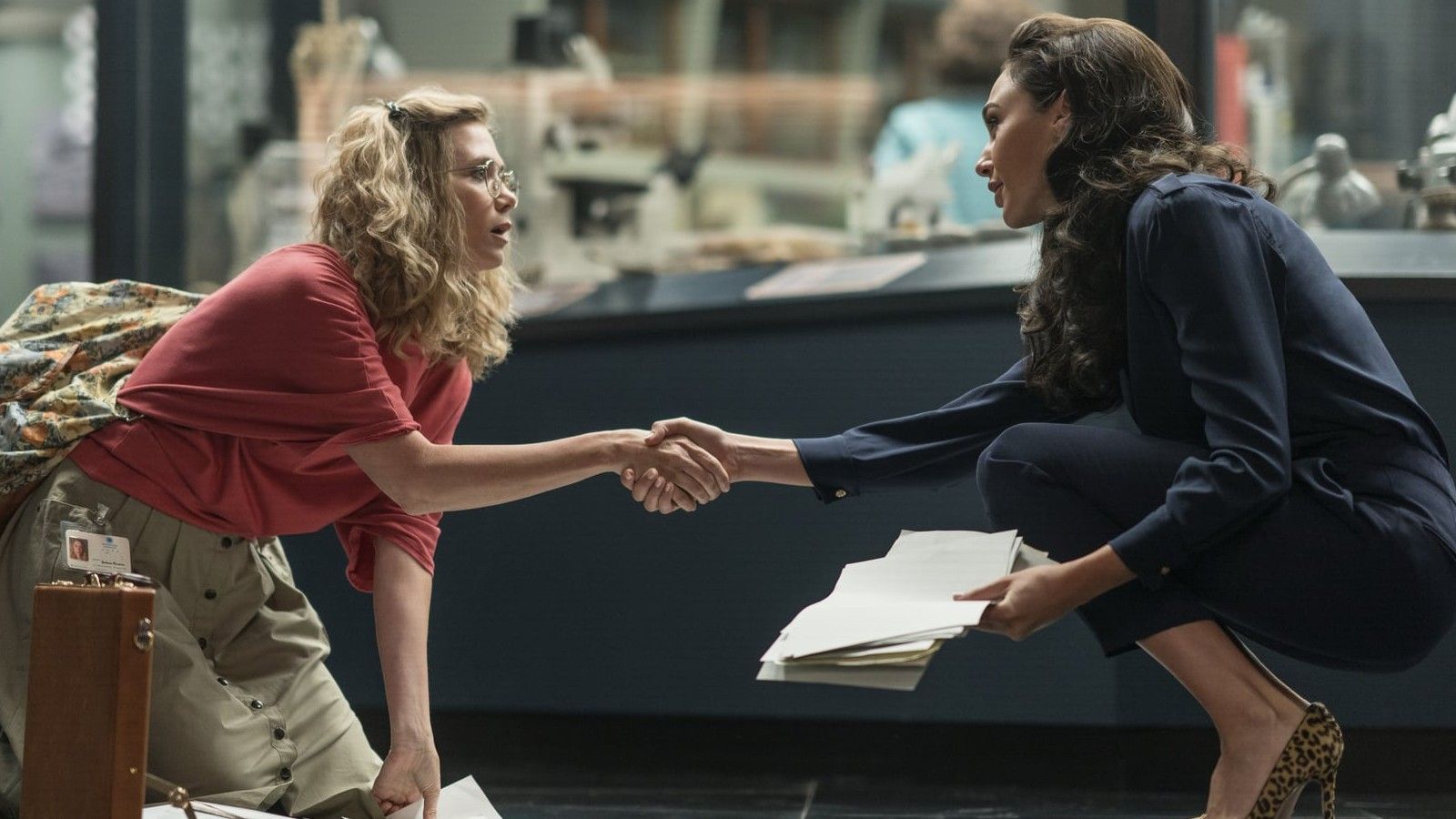 While it doesn’t make sense for Barbara to transform into an animal simply because of the additional rage and skill given to her by Lord, part of the reason that Barbara becomes Cheetah in Wonder Woman 1984 is because of the cost of her initial wish: increased strength in exchange for her humanity. When Maxwell Lord gifts Barbara with more power, she loses so much more of her humanity that she changes into a more animalistic form. Part of the reason she may have transformed specifically into a cheetah is because she correlated that animal with her idealized perception of Diana. When Barbara first meets Diana at the Smithsonian, she compliments Diana’s cheetah print heels. While this may seem like clever foreshadowing, it could also signify that Barbara subliminally made the cheetah the ultimate aggregation of her first wish — to be like Diana — and thus acquired both her style and strength when Barbara fully transformed.

Given that the more strength Barbara acquires, the more humanity she loses, one flaw with this concept is the fact that Barbara appears to renounce her wish at the end of Wonder Woman 1984, since she looses her cheetah form. When Diana uses her Lasso of Truth to appeal to the world to renounce their wishes during Lord’s broadcast, Barbara wouldn’t have felt enough guilt to renounce her wish without her humanity, making it more likely that Barbara’s second wish was taken from her. When Lord renounces his wish at the end of Wonder Woman 1984, everything he bargained for as the Dreamstone disappeared, which unfortunately for Barbara included the extra rage and prowess that allowed her to completely transform. With this in mind, Barbara would certainly have a reason to return in the sequel Wonder Woman 3 for revenge against Diana.

More: What Happened To Cheetah In Wonder Woman 1984? How She [SPOILER]