Why Trump’s focus on falling death rates could be dangerous 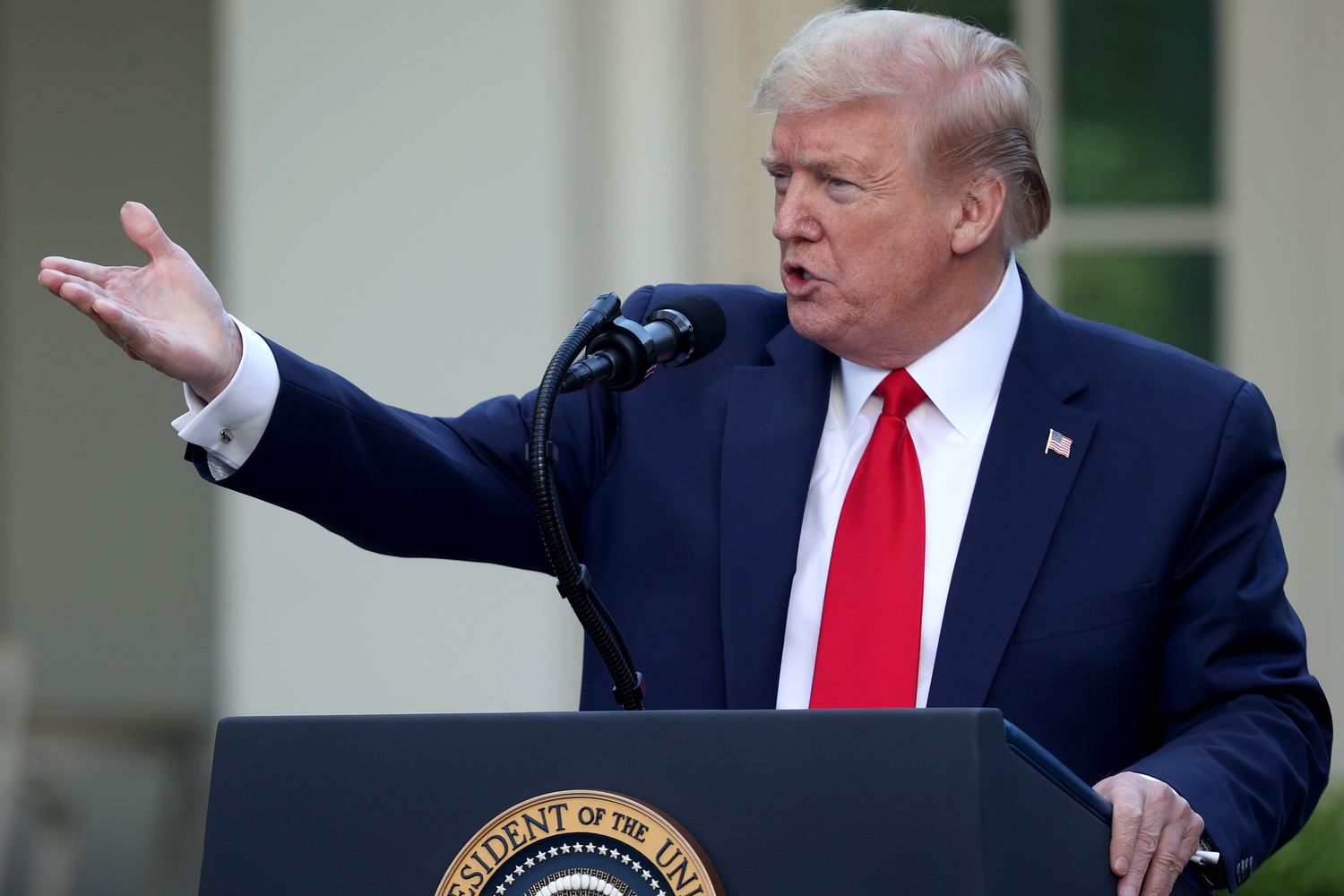 President Donald Trump and Republican governors are pointing to fewer coronavirus deaths to suggest that the worst of the coronavirus pandemic has passed — and to blunt criticism that a surge of new infections in more than half the states is proof the country reopened too soon.

But that’s a dangerous gamble. Death rates tell nothing about the current spread of the virus and only offer a snapshot of where the country was roughly three weeks ago. If the caseloads in states like Texas, Arizona and Florida are any indication, the U.S. will almost certainly see a spike in deaths in July that could undermine the entire nationwide reopening effort.

“If you’re going to do that with the death rate, you should be prepared to look at the death rate in a month or so,” said William Hanage, an epidemiologist at Harvard’s school of public health. “You might not find it so attractive.”

Trump on Thursday tweeted the number of infections is going up because of “great testing while the number of deaths (mortality rate) goes way down.”

The nationwide death rate over the last two weeks is about 2.6 percent of all known cases, or roughly half of what it was since the pandemic began.

But public health officials say Trump’s logic is backwards and could give people a false sense of security. The very testing the president blames for increasing case numbers is keeping the death rate low, particularly by identifying younger people who are more likely to be out and could unknowingly be spreading disease.

The mortality rate is declining, in fact, because more vulnerable, mostly older Americans are still sheltering in place, or at least much less likely to be venturing out to newly opened bars and restaurants. In Arizona, for example, people under 44, now make up 60 percent of cases, up from around 40 percent in mid-April, according to the state’s coronavirus dashboard.

In Florida, the median age for all new infections this past week was 34, down from about two years from the week before and down significantly since the pandemic began, the state health department reported.

But that doesn’t mean the virus is less deadly or contagious: As infections soar, especially in states like Florida and Arizona that have older populations, the risk of catastrophe grows.

Most important, death follows weeks of illness in most coronavirus cases, which is why experts expect the death toll to rise sharply in the coming weeks.

“The deaths that get reported today are people who got infected three weeks ago,” said Robert Amler, a former HHS regional health administrator.

Some GOP governors are starting to make their own calculations, heeding calls from local health systems worried about having enough beds to treat a surge of patients.

Texas Gov. Greg Abbott on Thursday paused his state’s reopening plan as hospitals in Houston and other locales scrambled to free up ICU beds. Abbott, who led one of the nation’s most aggressive reopenings, is now urging people to stay home as his state contends with more than 5,000 new daily infections. The number of hospitalizations there has doubled in the last 10 days, according to the state health department. Abbott also issued an executive order suspending elective surgeries in some counties seeing the sharpest spikes in cases.

Ducey on Thursday said the rate of spread in his state is “unacceptable” and paused further reopening.

“We expect our numbers to be worse next week and the week following,” Ducey said. “There is no consideration of increasing activity. Arizona is on pause.”

In deep red Utah, Gov. Gary Herbert announced Wednesday that he would not consider lifting more lockdown restrictions for at least two weeks.

Herbert warned packed hospitals can quickly overwhelm health workers. “We have a limitation more on personnel than on bed space,” he said.

Louisiana’s Democratic governor, John Bel Edwards, is keeping occupancy limits in public spaces in place for at least another month, because the average number of new daily infections is up about 50 percent this month and hospitalizations are rising across several parts of his state.

“We simply are not ready to move to the next phase, and ease restrictions further as businesses open widely,” he said, adding that 90 percent of new cases are from community spread, not from congregate settings such as nursing homes or jails.

But other governors have maintained a focus on the mortality rate to justify forging ahead, even as infections spike.

“The most important data is the death rate,” said Tennessee Republican Gov. Bill Lee on Tuesday, after boasting that his state is tops when it comes to hotel and restaurant recovery.

It’s not the first time lawmakers have shifted rationales to justify their actions. When lockdowns were first lifted in early May, some governors who ignored the White House’s criteria for safely reopening pointed to declining cases in their states. When new infections started rising, they said it was safe to proceed because hospitals had plenty of room to treat patients.

The shift to the death rate most alarms public health officials who fear it is distracting the public from taking necessary precautions and allowing elected officials to punt on tough decisions.

“They are grasping at straws to try and explain this away,” said Jeffrey Shaman, an infectious disease researcher at the Columbia University School of Public Health. “We’re looking at people picking at the margins for explanations to deny that we are seeing a surge.”

The Trump administration always expected cases to rise as testing improved and economic activity resumed, and gambled that Americans would trade a certain number of deaths if it meant getting back to work. Trump touted higher stock prices and a better than expected jobs report while 20,000 new infections a day became commonplace.

But the new threat in places like Arizona and Texas has changed the calculus, said Catherine Lutz, an anthropology professor at Brown University.

The exponential spread in the virus, particularly across the Sun Belt, has also scrambled perceptions about what the nation is prepared to accept.

“It doesn’t have to be a huge number for people to say this isn’t right,” Lutz said. “People interpret the number is too much if there is something that can be done to prevent it.”