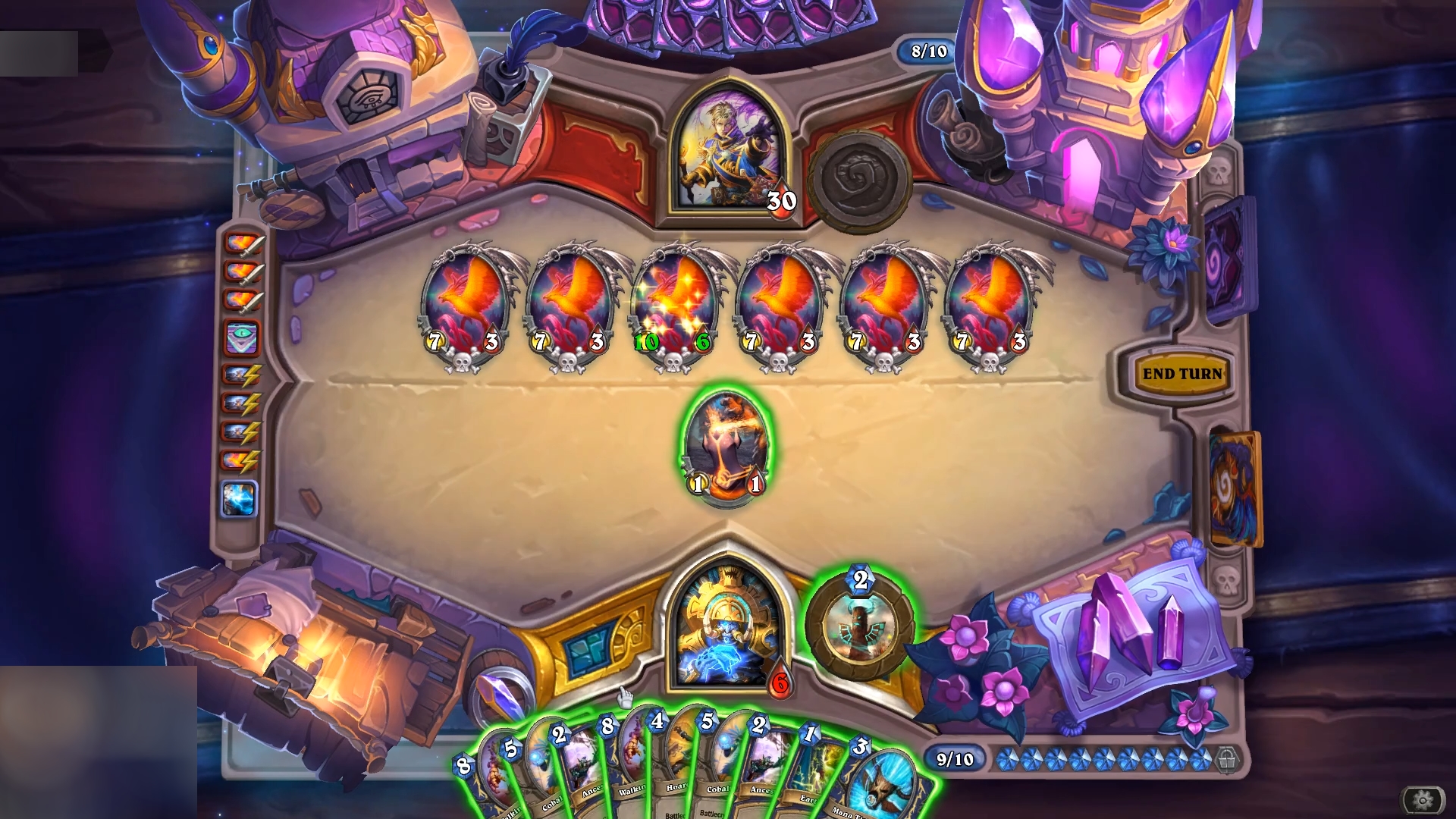 The Hearthstone meta has been a bit of a mess recently. The new Demon Hunter class smashed through the entire game like a massive concrete dog through wet tissue, and although two balance patches were swiftly applied to rein in the madness, I’m gonna be honest and say I’m not entirely certain what’s going on now in terms of the best decks to use. But if I’m even more honest, that’s fine. Because at heart, I’ve never really been interested in using the best decks. Even when I do, I’m neither skilled enough, nor a committed enough daily player, to pilot them far up the ranked ladder.

My soft spot is for “meme decks” – decks built around an extremely powerful central interaction, that usually does something spectacular, but is either too unpredictable, too inconsistent, or just too situational to be genuinely competitive. Hearthstone’s last two expansions, Ashes Of Outland and Descent Of Dragons, added some bizarre cards to the pool, and as I highlighted with this feather-clogged frenzy of birds, there’s plenty of meme potential in them. So while the Demon Hunter wars rage in the many, many ladder ranks above me, I’ve decided to revisit some meme decks to see how they’re faring. Today, I’ve been having a go with Reliquary Shaman – or as I like to call it, The Fist Of Sadness.