SHAMANISM
Tags: ancient, ending, film, hrga, into, rituals, their, they 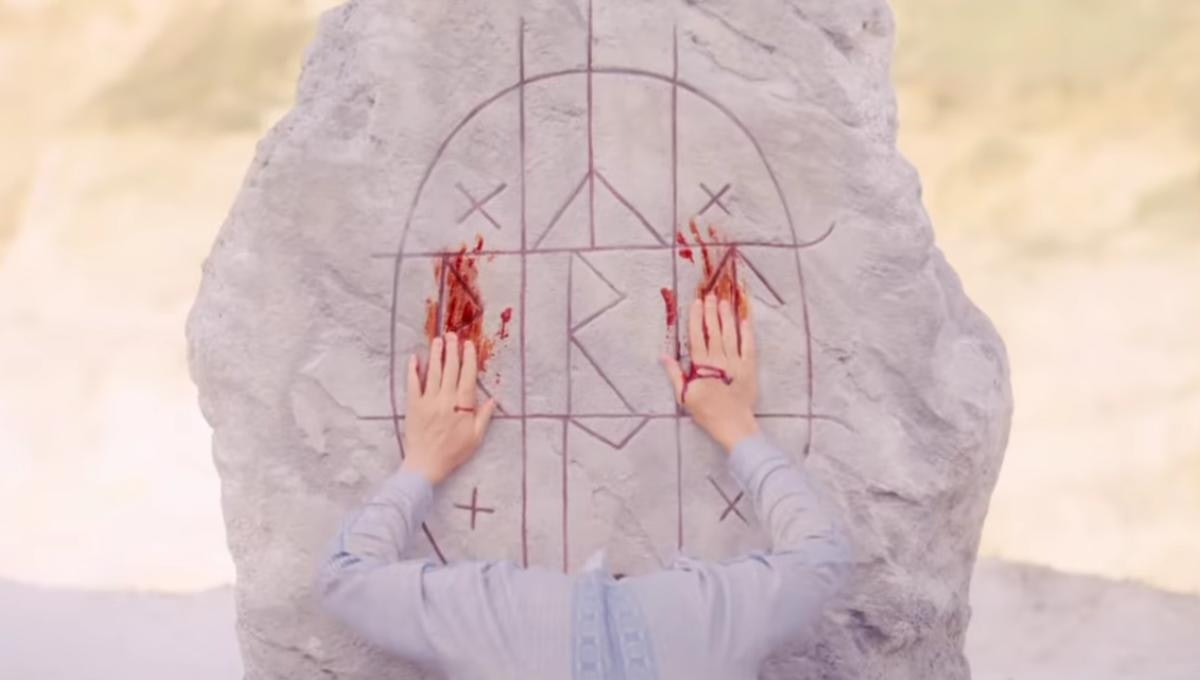 Warning: Major Spoilers ahead! Ari Aster’s latest film Midsommar is to bad relationships as Hereditary is to difficult families, though the verdant brightness of this latest movie makes the sourness go down a lot more smoothly. It’s hard to be horrified when everyone’s wearing pretty flower crowns. While the visuals are very different, both films feature a head-scratcher of an ending for those not already saturated in the occult. So what does the Midsommar ending mean? Though it initially seems like the culmination of a cult of death, the climactic ritual is an affirmation and continuation of life… albeit in very different form for those involuntarily involved.

If you’ve even lightly perused any study of European cultural magic and religion, such as Prudence Jones’ History of Pagan Europe or Myths, Shamanism: Archaic Techniques of Ecstasy, Anne Ross’s Pagan Celtic Britain, Myth and Religion of the North: The Religion of Ancient Scandinavia, or Symbols in Pagan Europe: Early Scandinavian and Celtic Religions, the events of Midsommar will come as no surprise. In Hereditary, the scares came from a hovering, hidden cult manipulating an already brittle family to the snapping point. Midsommar’s Hrga, the isolated north Swedish commune Dani (Florence Pugh) and friends visit at the request of friend/member Pelle (Vilhelm Blomgren), are out in the open, frolicking under the ever-bright midnight sun. There are few shadows and little hidden just a lot of cultural miscommunication and emotional baggage brought by the outsiders. That doesn’t make the rituals any easier to stomach, especially for the squeamish.

The ceremonies kick off with the voluntary sacrifice of two elders, who leap off a cliff. The outsiders are horrified, especially when one elder needs to be finished off by their kinfolk after a poor leap. It’s important to note that the groaning reaction of the group isn’t expressing anger or disappointment. Instead, they’re echoing the elder’s pain. With typical Hrga honesty, the Americans are told this is part of the 90-year life cycle they’re here to celebrate that it’s not an ending, but a giving of energy back to the group before their individual lives degenerate beyond happiness. The rituals continue as the outsiders disappear, with Dani and self-absorbed boyfriend Christian (Jack Reynor) getting tangled into participation, culminating in a final sacrifice the entire film leads up to. (Considering the pagan nature of the rituals, Christian’s name can’t be a coincidence)

Midsommar is less a horror movie than an examination of grief, endings, and sympathy, so it’s unsurprising its seemingly bizarre ending is rooted in sympathetic magic. The term was invented in Sir James George Frazer’s formative 1899 work The Golden Bough, which compared magic, religion, and rituals across Europe and time. Though the book’s been largely discredited (Frazer is snarky about the cultures he examines and fudged plenty of data), the book sparked genuine anthropological interest in researching ancient rites, including the cyclical celebrations of loss and return tied to the seasons, and his term and its definition are still used today.

Sympathetic magic believes that "like affects like." There’s "imitation," where anything done to an object representing something will affect whatever it’s standing in for (think voodoo dolls and effigies, or sprinkling water if you want it to rain), and the more common correspondence, where something resembling something has a link to it (like the ancient belief wine-colored amethysts prevented drunkenness). Midsommar is a feature film about the ancient Nordic belief that blt, or sacrifices to their gods, were holy exchange: lives for life (fertile crops, people, and land) and a continuation of it.

The Hrga celebration takes place every 90 years, and standing before their triangular yellow temple near the film’s end, the elders explain the nine sacrifices offered. Nine was a highly significant number in Norse belief. Modern scholars don’t know exactly why (theories include the number of long winter months in northern regions, and a pre-Christian symbol of completion), but it reappeared throughout myths, and was the number of realms in the mythological Nordic world. Historical sacrifices, including the Great Sacrifice of Uppsala, took nine men over nine days and hung them from trees, and occurred every nine years.

The Hrga make this a true and equitable sacrifice for all outside blood shed, they contribute their own. As they literally explain, to match the visitors’ lives, they offer the two elders, now gilded and decorated as trees, and two men in their prime who volunteer, wearing gilt robes. They also offer the final choice of sacrifice to their May Queen a symbol of female virility, fertility, and rebirth. Dani won the role, and must choose between Christian or a randomly selected man of the Hrga. Her choice completes her own rebirth, moving past all the trauma she suffered in the previous year. It’s no coincidence the film begins with tragedy in winter.

All the bodies, carefully dressed and symbolically decorated, are placed in the temple along with the three living men. As they burn, their screams are sympathetically echoed by their clan, who’ve worked themselves (with the help of psychoactive plants) into a trance state. About those bodies: one of the freakiest moments in the film is when Christian comes upon one of his fellow travelers suspended by ropes above chickens in a barn he’s nude; there are flowers where his eyes should be; and his lungs have been pulled out of his back… and it’s only then you realize he’s still breathing. Just so it stays in your nightmare, this cruel and excruciatingly painful flaying did actually exist, if only in the writing of ancient Vikings. Called the blood eagle, this horrifying form of sacrificial torture was meant to consecrate land for Odin, god of war, or punish the honorless.

In Midsommar’s sacrifice, the elders’ bodies are gilded and combined with branches, turning them into sacred trees (echoing their ashes burned and thrown on the large dead tree of ancestors earlier in the film). The friend who wouldn’t stop cracking wise and making fun of the rituals is now straw-stuffed wearing a jester hat. He’s an archetypal Fool. The bear suit that Christian is stuffed into is symbolic as well. "Berserkers" (literally bear-shirts) are mentioned in Norse history. They were fierce warrior-shamans who donned bearskins and went into trance states. When they wore their totem’s skin they transformed (figuratively, though the myths often take it literally) into vicious predators without any humanity. 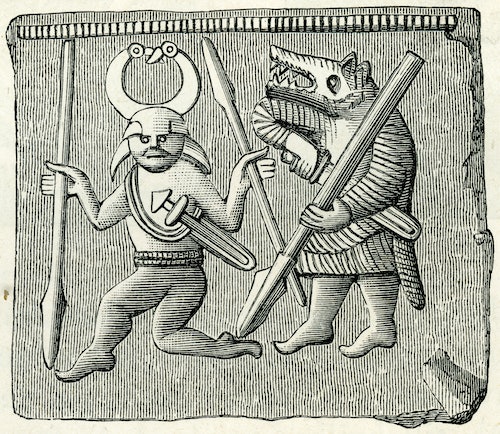 For the Hrga, the bear-man symbolizes all their base, destructive urges, and in burning him, they banish their darkness back to hell with him.

While it’s easy to enjoy Midsommar on its own its gorgeous even with the gore it’s also an amazing jumping off point for those curious about the history of pagan beliefs. They’re not so far from the religions of today either.

The rich and symbolic ending of Midsommar is lifted directly from history, which makes the film all the more compelling.

Tags:
Previous Article
Wrapped in the Spirit of Transformation
Next Article
A lot of doubts/My grandma

Numerology/Astrology for 4/9/20 – Plus Peru Story