The shaman of football: Jurgen Klopp and Liverpool FC

You cannot bottle him, export him or use him as a precedent for anything. His calm, even-tempered disposition is the stuff of bafflement and bemusement, and yet after his tenure at one of Europe’s most known football clubs, Jurgen Klopp, football’s everyman – the “normal one”, he insists – will be the model to emulate.

Klopp has been saddled with the reputation of encouraging ‘heavy metal’ football marked by whirlwind bursts of vigour and aggressive strumming. Arsene Wenger, who long reigned at Arsenal, was more inclined to soft instrumental and orchestral show, all caress and flow. “He likes having the ball, playing football, passes,” reflected Klopp. “It’s like an orchestra. But it’s a silent song. I like heavy metal more. I always want it loud”.

The jaw-dropping victory over Barcelona in the semi-finals of the Champions League will be retrospectively touched up and reconsidered for years to come. There will be notations on the Klopp method of bursting deficits – the second-leg victory over Dortmund in the Europa League after the German side was leading 3-1 being one such example.

Struggling to come up with an analysis, writers have suggested that the Klopp method, in contrast to the Van Gaal-Guardiola school of coaching, thrives on a loss of control rather than its assertion, a blessed release over miring constipation. When that happens his side gets its boots dirty, mucking in and making the necessary combative tackles. 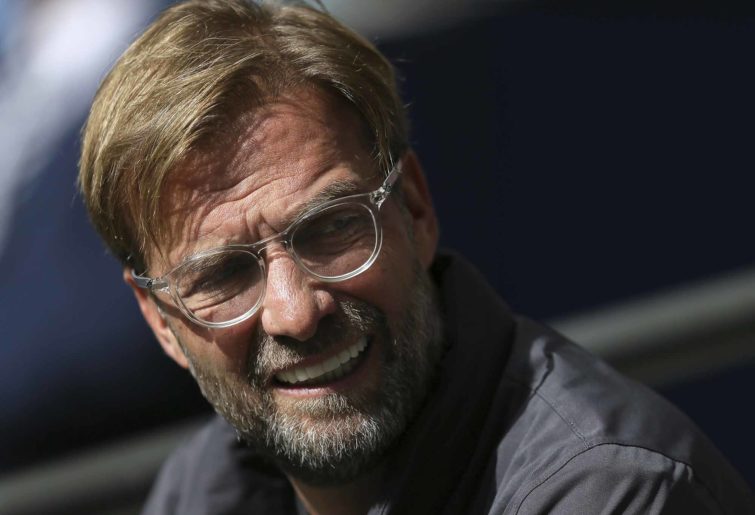 While the officials, specialists and tacticians plump the dossiers of planning, the achievement on the field resists it. This is humanity’s great perversion and genius: the hope that nature and circumstance can be tamed, the feeling that the unpredictable will somehow fall within the realm of the measurable. But on the field the odds vary and speak to potential chaos. When facing a three-goal deficit on a return leg against a team with such luminaries as Lionel Messi and Luis Suárez, they are magnified.

Klopp remains touching in this regard. Battle plans can be seen as successful in the aftermath or they can result in failure. He was clear before taking the field against Barcelona in Anfield that the likelihood of victory was slim, but he was equally clear that he believed in the men. Faith can be a strong stimulant. As the German claimed while coaching Mainz, “I don’t believe in a football god, only God. I believe that everything happens for a reason”.

The players, in turn, believe in him. The loyalty he seems to draw from his men is singular, derived from a familial philosophy that links the team in a bond that demand unqualified commitment. Pepijn Lijnders, Klopp’s assistant, in an interview with De Volksrant, observed that he “creates a family. We always say: 30 per cent tactic, 70 per cent teambuilding.”

More than even God’s wily ways is the Anfield supporter, that rare species of zealot capable of knowing the moment to bellow and holler, to hector and terrify. Threats are magnified to the visiting side; the team’s talents are duly inflated. Main host of The Anfield Wrap podcast Neil Atkinson put it this way: “Anfield crowds know when to scream at you”. Wenger does not disagree, calling Anfield “the most heated stadium in Europe in a return game”.

Against Barcelona, Liverpool’s heavy metal proved devastating even absent the drumming of Mohamed Salah and Roberto Firmino, a true rebuke to the ‘tika-tika’ play, which insists on possession as a prelude to execution. “Fighting football, not serenity football,” reasoned Klopp, “is what I like”. At a certain point Liverpool’s opponents were stunned to the point of being mere automata, fought to a hypnotised standstill. Messi, star at the Camp Nou, rarely shone. Luis Suarez suggested that his side “looked like schoolboys” once the fourth goal found its mark. “We will have to be ready for all the criticism that is going to rain down on us now”.


The shaman of football: Jurgen Klopp and Liverpool FC

It began with Divock Origi in the seventh minute. Then another burst in the second half, this time from substitute Georginio Wijnaldum, with two goals in quick succession wiping out the deficit. (“I was really angry at the manager that he put me on the bench,” surmised an agitated Wijnaldum, “but I had to do something to help the team when I came on”.) Eleven minutes from full-time came Origi’s coup de grace.

The ever-combative now ex-manager of Manchester United, Jose Mourinho, in trying to understand Liverpool’s victory, put it down to one force: “I would say that for me, this has one name: Jurgen”. Such a feat was “not about tactics” or “philosophy” but “heart and soul, and a fantastic empathy he created with this group of players”.

Rather sweetly, another factor was suggested: “I said if it’s possible, Anfield is one of the places to make the impossible be possible”. As Klopp reflects on the work of those he termed “f****** mentality giants”, few would disagree.