The Meaning of a Bear Sighting 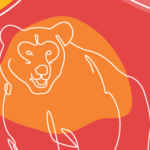 A Gentle Reminder From a Giant

Bear encounters can be quite powerful, even if your meeting with a bear is through seeing an image of one or a visitation in a dream. Because these creatures are so powerful and play a major role in many cultural traditions and myths, it is generally best to pay attention to what is often a message from Spirit. Processing and respecting this message can empower you to make meaningful changes that will facilitate your evolution.

What does the bear know that you don’t? Speak to a life path psychic and find out what changes are coming your way!

Bears are large mammals known for their strength, speed, and intelligence. Many bears are quite large, such as the polar bear, though some are significantly smaller. It is possible to find species of bear in both North and South America, Asia, and Europe.

Bears have some interesting characteristics, including:

An excellent sense of smell. In fact, their olfactory system is far more powerful than their vision or hearing. Bears can “sniff things out.”
Remarkable mobility. Despite their size and bulk, bears can run, climb, and swim swiftly and with ease.
Hibernation. Bears hibernate during the wintertime, retreating to their dens and emerging when warm weather returns and food sources become available.
Dietary flexibility. Most bears are opportunistic omnivores, which means that they can and do eat both meat and vegetation.
Top of the food chain. Bears are generally considered to be apex predators and without natural predators of their own.
Protectiveness. Like all mammals, female bears spend time raising their young. The phrase “mama bear”, which describes a strong, protective mother, reflects the fierceness with which a mother bear defends her cubs.

It’s a good idea to keep these characteristics in mind during and after bear encounters so that you can best discern what Spirit is offering you.

There are different species of bears, each with their own unique gifts and habits. For instance, there is a vast difference between a panda and a grizzly. If you have a bear sighting and identify with the spirit of the bear, find the species you most identify with and study its traits in order to utilize them in your own life.

Here are some distinguishing characteristics that can be helpful while decoding the bear’s message:

Pandas: Pandas not only have a distinctive appearance when compared to other bears, they are also mainly vegetarian, preferring to dine on bamboo. Today’s pandas are also survivors. They are the only species of their subfamily that has not gone extinct. A panda encounter may point to your ability to survive even the most catastrophic circumstances
Grizzly bears: These large, brown, North American bears have long claws and are considered to be a more fierce species than black bears. In addition to meat, they also enjoy eating berries. Grizzly bears are often considered to be more dangerous to humans than other North American bear species. A grizzly bear sighting or meeting may indicate the possibility of danger.
Black bears: Black bears in North America are smaller than grizzly bears and are considered to be less dangerous to humans, though they are still powerful predators that should not be interfered with. A black bear meeting may point to a protective presence in your life.
Polar bears: Polar bears are generally considered to be the largest bears on the planet. They have physically adapted to the harsh conditions of the Arctic Circle and are able to withstand extreme cold and harsh winds. They are adept swimmers and spend a lot of time in the water. When you encounter a polar bear, consider ways in which you may need to be more adaptable and flexible.

In the realm of spirit animals, the bear represents strength, courage, confidence, and leadership. If you are always the leader and always have others depend on you, the bear is reminding you of the importance of self-care. You cannot be a grounding force for others if you are not strong and actively grounding yourself. You can call upon the spirit of the bear when you need healing, paying special attention to those areas that feel weak or in need of rest and repair.

The bear has probably been a spirit or totem animal longer than any other animal in history. Many shamanic cultures around the world associate the bear with healing and with women.

Vikings and Native Americans alike saw the bear as a great warrior spirit and their warriors and shamans often wore bearskins to invoke their warriors with bear-like courage and power before a battle or a big hunting expedition. In fact, old Norse warriors were sometimes known as “berserkers,” which means “bear-suits” for this very reason.

Many Native American tribes revere the bear not only for its strength but its power as a healing force. Bear medicine is powerful in the areas of strength, healing, and wisdom. Many tribes, such as the Zuni, wear bear charms for healing and protection. Many tribes have bear clans, including the Creek, Chippewa, and Huron to name a few. Many tribes also have medicine men or shamans who utilize the healing powers of bear medicine.

As explained on whatismyspiritanimal.com, animals can appear as a spirit, totem, or power animal—all of which have slightly different meanings. A spirit animal represents abilities you possess or abilities you need to cultivate. When an animal repeatedly comes to your attention in talks, dreams, or real-time sightings, this is your spirit animal.

If the bear is your spirit animal, you identify with the cycles of nature. You are a healing and grounding force for yourself and for others. You understand the importance of taking time to regenerate, heal, and rest, and you are likely very comfortable in your own company and in moments of solitude. The bear is the spirit animal of the healer. Don’t forget to pay attention to the type of bear that becomes your spirit animal. A polar bear spirit animal, for example, may indicate that you are the kind of healer who can help people adapt to harsh circumstances.

A totem animal is an animal you are drawn to and perhaps you surround yourself with. In the case of a bear, it could be bear statues, rugs, or other symbols like bear tracks. You are drawn to bears as your totem spirit animals, and collect these things to surround yourself with bear spirit. If the bear is your totem animal, you likely possess courage and great strength and you are probably seen as a leader in your family or community.

A power animal is one we identify with internally. We can call upon our power animals when we need to summon inner strength. If the bear is your power animal, you are a symbol of strength that others naturally gravitate to and rely upon for support because you possess the confidence and leadership qualities that others respect. You are both thoughtful and powerful.

Bears in Your Dreams

Dream meaning is important to many spiritual people, so it isn’t surprising that a dream involving a bear could have you wondering what it is all about. Use the information that you now have about bears, including some of the distinguishing features of different bear species, to spend time in meditation and contemplation about your dream. Over time, Spirit will reveal to you the message of your dream and ways in which you can incorporate this message into your life.

About California Psychics
California Psychics is the most trusted source of psychic readings. We have delivered over 6 million discreet and confidential psychic readings by phone since 1995. More than a prediction, we are your guide for life’s journey. Serenity, happiness, and success are just a phone call away. With over 400 psychics online to choose from, you’re sure to find the best psychics for you. Call one of our trusted and accurate psychics today! Confidential and secure, real psychics, accurate predictions, 100% guaranteed.

The post The Meaning of a Bear Sighting appeared first on California Psychics.