The Art of Coming Home to Yourself

When home isn’t a place, but a part of your soul.

In the 18th and 19th centuries in Europe, homesickness was considered a serious illness. Its symptoms were nervousness and melancholy, and unfortunately for patients, doctors argued there really was no cure, other than simply to “go home” and see if it passed.

With the advent of global travel, the idea of homesickness, however, became almost juvenile—something children experience at camp perhaps—and the notion that ‘home’ is more of a feeling than a place lost credibility altogether.

I’m intrigued by homesickness simply because I have never really felt ‘at home.’ It’s a sentiment I know a lot of people share. It’s difficult to describe, but it has a quality of mild unease, of feeling unsettled, off-center perhaps, or a little ungrounded—like there is some place you belong, but you’re not sure it even exists.

This feeling of being homesick is simply an experience along a soul’s journey, and our awareness of it becomes a turning point.

Initially, I assumed it was just a side effect of moving around, or not having a partner or family of my own, but as those boxes were ticked and the feeling remained, it became clear that that wasn’t it either. Where was this so-called ‘home’ that I felt but could not find?

The answer came to me on the wings of Shamanic wisdom. There this feeling of being homesick is simply an experience along a soul’s journey, and our awareness of it becomes a turning point. According to the Shaman, we arrive in the world complete, but as we move through life we begin to energetically discard parts of ourselves. Sometimes that is by choice. The things we learn not to like, we disown—a part of our body that we perceive to be ugly; our desires, anger, or emotions that we were once chastised for. And sometimes it is through no choice of our own that parts of us leave. It is said that during traumatic experiences pieces of our soul become so frightened that they scatter.

If we wondered whether a place called home even exists, the Shaman says that yes it does, and our hunch was right—it is not outside of ourselves. It is our soul. The homesick feeling we sense actually belongs to the discarded pieces of our soul calling out to us to be found and welcomed back. Our job is therefore simply to gather those scattered pieces and invite them back in.

How do we do this? In the dictionary, one of the definitions for home is “where we flourish, and where we originate from.” So how do we begin walking back around the outer reaches of the spiral towards the center gathering the pieces of ourselves as we go?

First, we can simply breathe a sigh of relief. Just to have the awareness of being unsettled and the desire to feel whole is enough to alert our inner voice to begin teaching us the way. Then it becomes a personal journey of self-reflection—one that should be looked upon with awe, curiosity, and great love. We gather these lost pieces back to us only once, so, as spiritual teacher Matt Kahn says, “Whatever arises… Love that.”

There are many great spiritual practices and tools for uncovering the parts of us we have pushed aside, and there are many Shamanic rituals for soul retrievals, but here is one of my personal favorites.

Birds have been symbols for pagans, shamans, seers, prophets, and native peoples all over the world. Their ability to be at home soaring in the heavens, and equally at home nesting in a bramble bush close to the earth reminds us that home is within us, not without us.

The practice of “making a nest” was shared with me recently to welcome in a new soul as I was having trouble conceiving, but what I soon realized was that this was a practice calling in the parts of myself that had been discarded and letting them know it was safe to return.

To begin, create an altar area or a small safe place in your home that seems inviting—if you have an altar already that would work.

Then, like a bird, begin to gather things to make a small nest. If you feel a connection to the Earth, you could forage for small sticks, feathers, stones, leaves, and pine cones. But you could also use seashells, crystals, yarn, or paper. It’s entirely your creation, so it can be whatever feels inviting and nurturing to you, and it can look however you choose.

The center of the nest can remain empty allowing room for whatever would like to come back to you, or you can place a symbol like a stone in your nest to as place markers.

Then, this is when our nest becomes an act of great self-care. Every day take time to speak, sing, or read to your nest. Perhaps you will feel called to add new things to your nest such as flowers, photos, trinkets, or gifts, and after a few weeks, you may also feel inspired to clean the nest, move it, or re-do it entirely.

As your sense of care and love for this small symbol of your soul grows, notice how parts of yourself you had forgotten arise in your awareness now feeling safe enough to come back in. 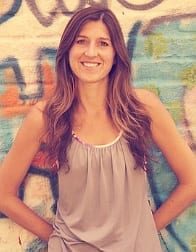 The post The Art of Coming Home to Yourself appeared first on Wanderlust.