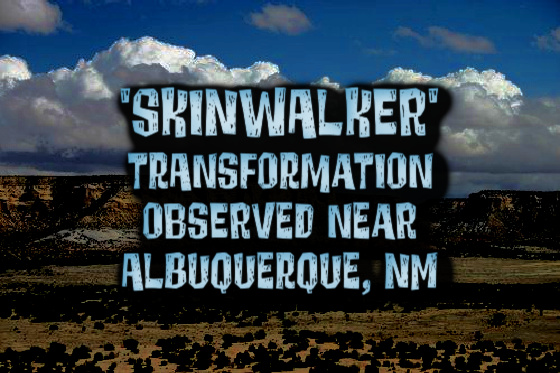 A man is with friends on a mesa outside of Albuquerque, NM when he encounters a coyote that stands on its back legs and seems to transform into a native man.

This is another account I had stashed in my JC Johnson file:

“in 2004, I was out with some friends on the mesa outside of Albuquerque, NM. Half of the group wandered off to go sneak up on a party and scare them, so I was left with my friend’s girlfriend. I didn’t know her that well at the time so we were standing around awkwardly not talking when we both heard footsteps about 50 feet away. There’s no light out there so I couldn’t see what was making them and she is practically blind.

I sneak off and around to try and see what it is. I get close enough, probably 20 feet, and I see a coyote walking. I said “oh” or something to that effect quietly and it looked over at me. This is weird because as far as I know, coyotes travel in packs, tend to avoid humans, and have huge ears, which wouldn’t allow me to sneak up on one. It starts walking off and this is when the strangest thing happened. It appeared, very fluidly and naturally, to stand up on it’s hind legs. For a couple seconds it looked very much like a middle-aged native. It walked behind down into a shallow ravine and I couldn’t see it anymore.

I hauled ass back to the cars, told her to get in and lock the door. Then I left to go find my friend (with the Colt 1911). I just told him I saw someone. He looked around and couldn’t find any tracks. I was very confused at that point. Later I started telling one of my close friends about it and before I finished she jumped in and said “sounds like a skinwalker.”

I’ve tried doing research on skinwalkers but it is very hard to find information. Apparently it’s a type of Navajo “black magic” where the shaman can move his spirit to other places, and manifest as an animal that may or may not be of his choosing. They work outside of the mainstream religion, and tend to sell their services. I can’t find any more info beyond that.” BR

Your financial support of Phantoms & Monsters and our other pursuits is much appreciated. Despite what many people believe, what I do is not a profitable venture. In fact, most of the financing I receive is used to continue providing you with the results of my efforts. This all depends on you, my readers and followers.

Please use the PayPal donation buttons on the blog site and newsletter. You can also go directly to  Phantoms & Monsters donation. Thanks again for your loyalty and continued support. Lon