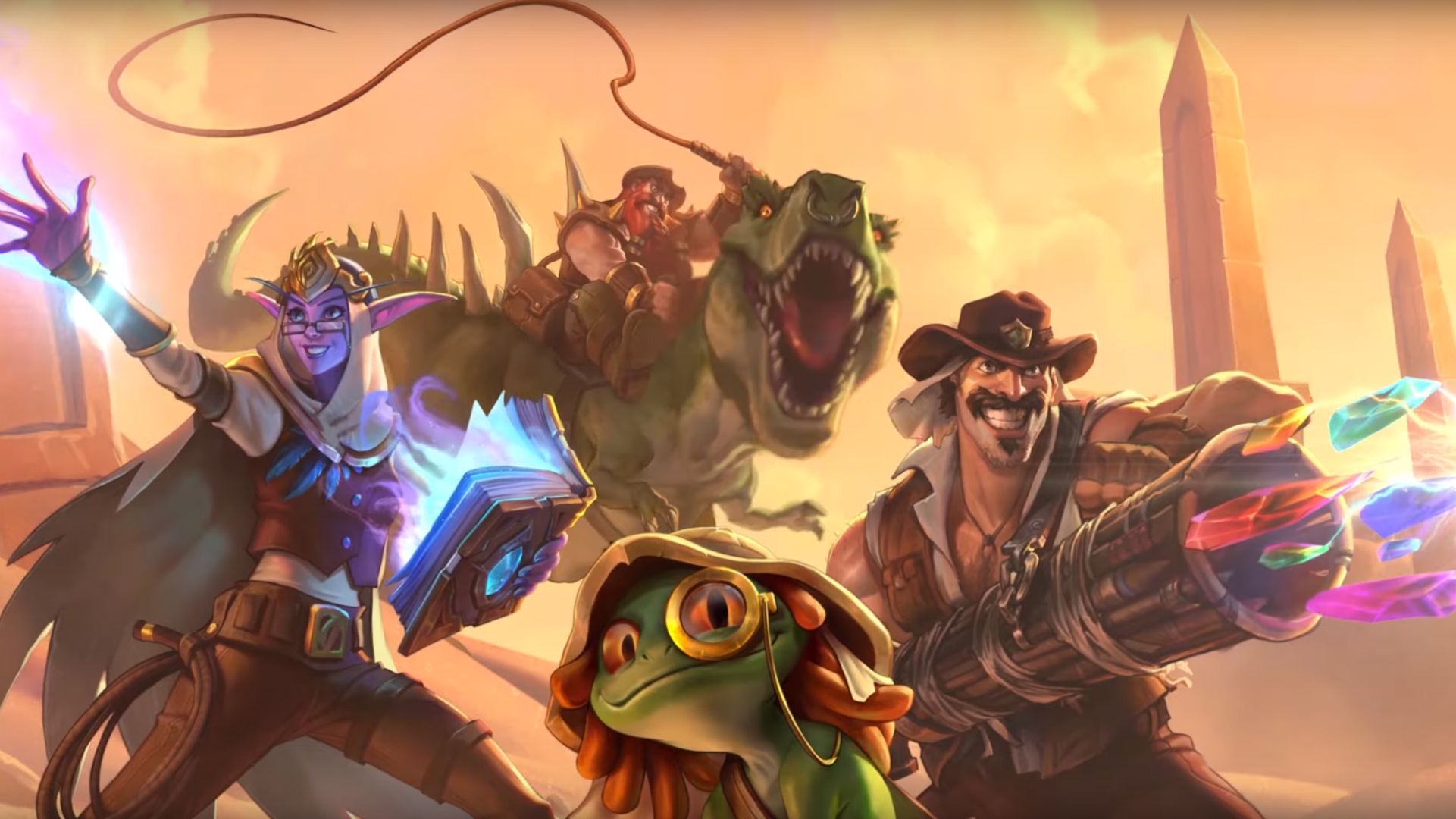 Hearthstone’s new expansion arrives tomorrow, taking players to the deserts of Uldum as the League of Explorers return to thwart the League of EVIL. The update and its 135 new cards aren’t available yet, but avid deckbuilders have been checking them out ahead of launch – and one of them has uncovered a musical easter egg.

Sandstorm Elemental is a relatively unassuming Shaman card in the new set. It’s a two-mana 2/2 with a relatively handy battlecry and Overload. It’ll likely be useful in the early game, but it’s hardly going to set the meta aflame.

The card becomes a lot more entertaining, however, when you check it out in the Collection. As noted by Reddit user D-u-p-p-y, Sandstorm Elemental comes with flavour text which references a particular banger from the late-90s/early-00s. As a whole package, that Collection entry is pretty funny, but I’m not sure I can do justice to the bit by simply writing out the ‘lyrics’ of the song in question, but you can check out the entry yourself in the embed post below.