Numerology/Astrology for 4/16/20 – Plus Personal Blog 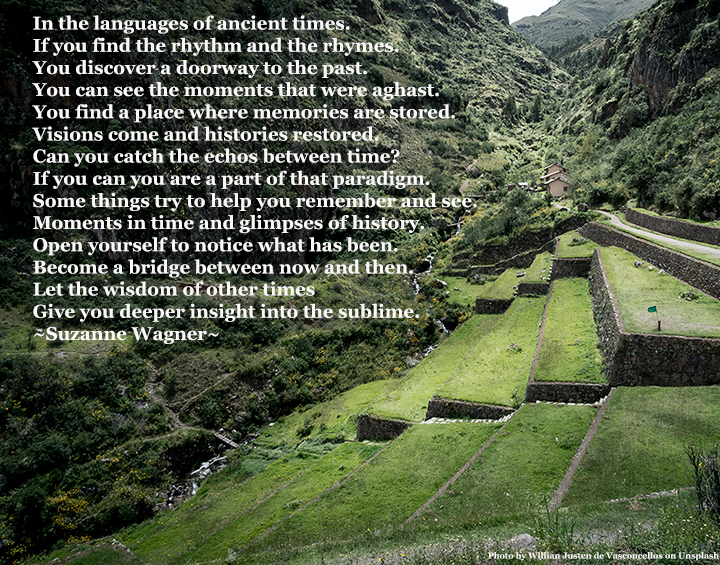 Numerology/Astrology for 4/16/20
4/16/20 is the number 6. If you add the 4 + 1 + 6 + 2 + 0 + 2 + 0 = 15.  1 + 5= 6.
There is so much for each of us to focus on in meditation and prayer. Today, take a look at what you have in your life that gives you hope and gratitude. Send energy to those people that have impacted you in a positive way. Know that it is through love that we are all connected. Even in the solitude right now, you are not alone, you are never without support from guides and angels, and you are constantly surrounded in love from the universe.
~Suzanne Wagner~

Astrology Today
The Moon in Aquarius conjuncts Mars in Aquarius and this can make some irritable, boastful, gossipy, and for some violent. Notice the tension in your body and actively do your best to rest and relax. Just be honest about what you need and be fair with others in all your interactions. It is clear that the world needs new ways to engage and interact.
The Venus-Jupiter sesquiquadrate occurs early making you seek out something, though you may not know exactly what you are looking for. Until you get a full body, “Yes” that this is it, do not waste your energy or time. That is because things are quite murky and confusing today. It is never good to make decisions when there is so much still uncertain and unclear.
Manage your feelings and what you really need with great kindness.
~Suzanne Wagner~

Quote
In the languages of ancient times.
If you find the rhythm and the rhymes.
You discover a doorway to the past.
You can see the moments that were aghast.
You find a place where memories are stored.
Visions come and histories restored.
Can you catch the echos between time?
If you can you are a part of that paradigm.
Some things try to help you remember and see.
Moments in time and glimpses of history.
Open yourself to notice what has been.
Become a bridge between now and then.
Let the wisdom of other times
Give you deeper insight into the sublime.
~Suzanne Wagner~

Blog
Since I am getting requests for more Peru stories, here you go….
When I would take groups to Peru we would always go to the Urubamba Valley, which has many amazing archaeological ruins to see. One of the spectacular ones is called Pisac. It is a fortress that has a ridiculously high wall that was clearly designed for protection. The ruin sits at the top of a hill and the climb is spectacular … though in places a bit scary. The temples often sit at the top of mountains and the towns that supported that temple rested below the great walls. The temple always felt wonderful and powerful. But because I had gone to Pisac many times, I decided to instead explore the ruins below. It was an area that was clearly laid out as a small town with buildings and roads connecting them all. As I am walking through I can suddenly feel something watching me.
It was clearly some dark wizard or shaman that took it upon himself to protect the ruin. But something felt very aggressive and threatening about it.
Then I realized that everyone always went to the temple but never to the town below.
This ghostly energy was becoming more and more aggressive and without knowing why, suddenly, I started singing in Quechua (the language of the people of the Andes).
The moment I started singing (And by the way I do not speak Quechua. At least not in this lifetime.) the dark shaman backed away from me. But then the entire town time shifted and became an ancient, active small city.
I saw men, women, and children in the old clothing. I saw the trading that happened below the temple.
And then all hell broke loose.
The people from the jungle attacked these people of the mountains. They had hatchets made from black obsidian and they started killing the towns people. It was a bloody, horrible, violent thing to see. Shocking in its human barbarity. Making me realize how violent human nature really is. I could see the men  up on the temple walls shooting arrows and spears, and throwing rocks down on the offenders. No matter what they were going to defend the entrance to the temple. And they were able to beat back the jungle people.
But the carnage was thorough and terrible. Men, women, and children lay dead or dying.
Any of the jungle people still alive were killed which added to the horror.
When I stopped singing the images floated away and while I could still feel the dark presence of the shaman, he no longer felt threatening. Somehow appeased by my song or my ancient Quechua lineage that connected me to this place.
I walked away shaken from this place of death.
I had noticed that the shaman that we had hired to come with us to do ceremonies, did not come into this part of the ruin either and I watched him walk in a way to avoid coming on this trail to the village.
So I walked back to the bus and he was quietly sitting inside resting. I asked him why he did not go to the lower village.
He answered, “Oh, I don’t go there. No one really goes there. No one wants to deal with the darkness and death of that village. You see, there was a terrible battle between the jungle people and the Inca and most of that village died trying to defend the temple. And besides there is a very dark force that is there still wandering around. He does not like intruders and I personally just choose to avoid encounters with him.”
Then I told him what I had seen and he said that he had seen a similar thing also. He said that there are still stories about that massacre and songs in Quechua about it.