Marvel Unlimited Goes Back To School With Strange Academy 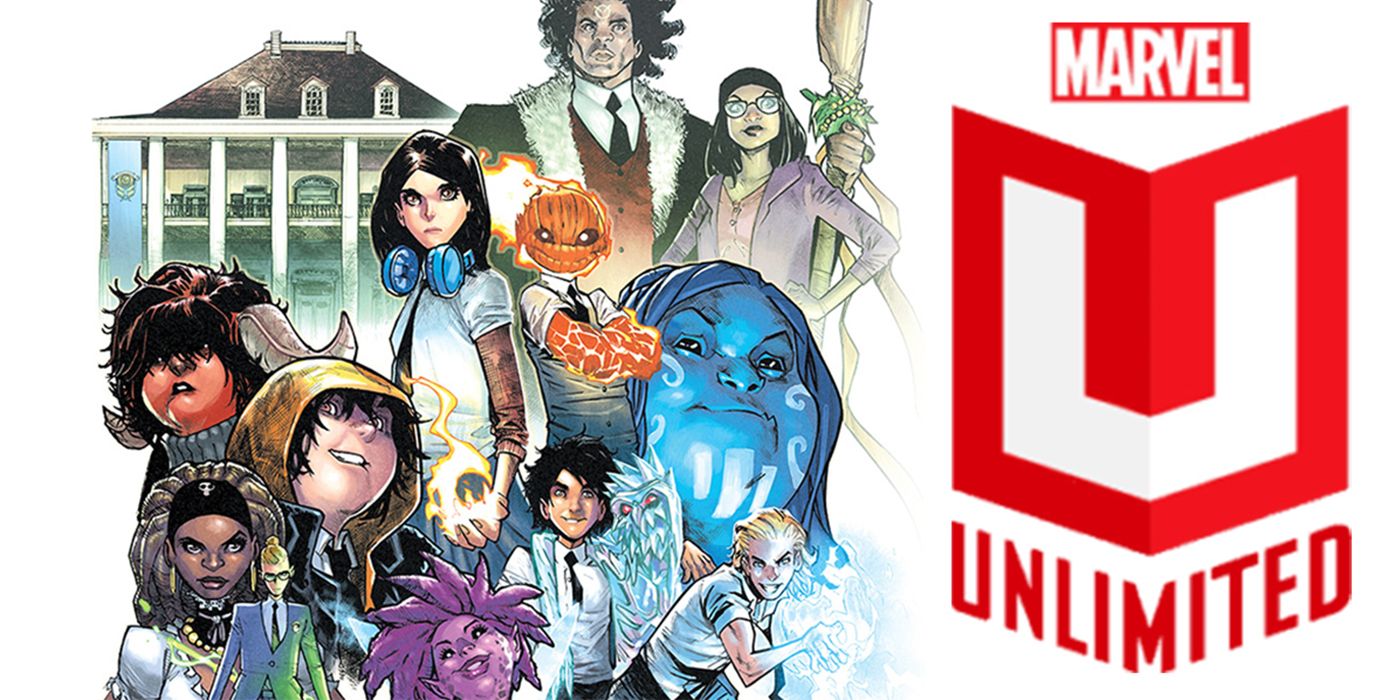 An apple a day keeps Dormammu away! Strange Academy opens its doors this week on Marvel Unlimited and class in inter-spacial session for the inaugural class of the sorcery school. With magic restored to the world after Jason Aaron’s “Last Days of Magic” heist in the pages of Doctor Strange, the Master of the Mystic Arts and Doctor Voodoo have assembled a fascinating faculty to “teach the sorcerers of tomorrow.” With Magik of the X-Men, Wanda Maximoff, the Scarlet Witch, Nico Minoru of the Runaways, Shaman of Alpha Flight, and the venerable Ancient One at the lectern, Strange Academy offers a rigorous course of studies in the dark arts, occultism, and prestidigitation. The arcane academy uses “simple spatial compression displacement enchantment” to create a literal gated-community nestled in New Orleans, accessible only through magical portals and doorways through dim Neverish. The freshman class is a vibrant group of young scholars including a bright-blue frost giantess from Jotunheim, swaggering Asgardian twins, a scion of the Lord of the Dark Dimension, an angelic half-fairy, a demon from Limbo, and a relative of the Voodoo Queen of New Orleans. Strange Academy from the super-star creative team of Skottie Young, Humberto Ramos, and Edgar Delgado is as delightful as it is imaginative, and the must-read premiere issue joins the archive on Marvel Unlimited this week.

In the Art Department, legendary illustrator and writer, Alex Ross contributes Marvel #1, “an anthology of stories by unique, exceptional talents, many of whom are doing Marvel characters for the very first time,” to the Marvel curriculum this week. Spinning out of the Marvels X arc and Earth X trilogy, Ross’ signature series Marvel, Marvels, and Marvel Snapshots take a rare and in-depth look into the publisher’s rich history and colorful lore, often going behind the mask to profile the humanity hidden in heroes. The debut issue of Marvel features two inspired vignettes from eclectic creators and the first, “Spider-Man: Make My Day,” is the work of Frank Espinosa, the artist that led the redesign of Looney Tunes in 1992 and the design of 2001’s Baby Looney Tunes. Espinosa’s presents an avant-garde arachnid adventure in a lurid pastel-style, reminiscent of Hanna Barbara cartoon storyboard stills, and the result is a visually-intoxicating experience. The companion piece from Steve Rude, co-creator of the sci-fi series, Nexus and Avengers-alum, Kurt Busiek entitled “The Boy and the Brute,” is a Kirby-esque homage to the Silver Age, with bold affectations and 60s-style action in the Mighty Marvel Manner. The Avengers short reimagines the tragedy of Rick Jones and the Hulk through eyes of the green-skinned Goliath’s former teammates, Iron Man, Captain America, Giant-Man, Wasp, and Thor, in a colorful reflection of the Stan Lee/Jack “King” Kirby original. Marvel #1 from curator and scribe Alex Ross showcases the comic book publisher’s greatest heroes in novel and experimental sketches, and its new on Unlimited. 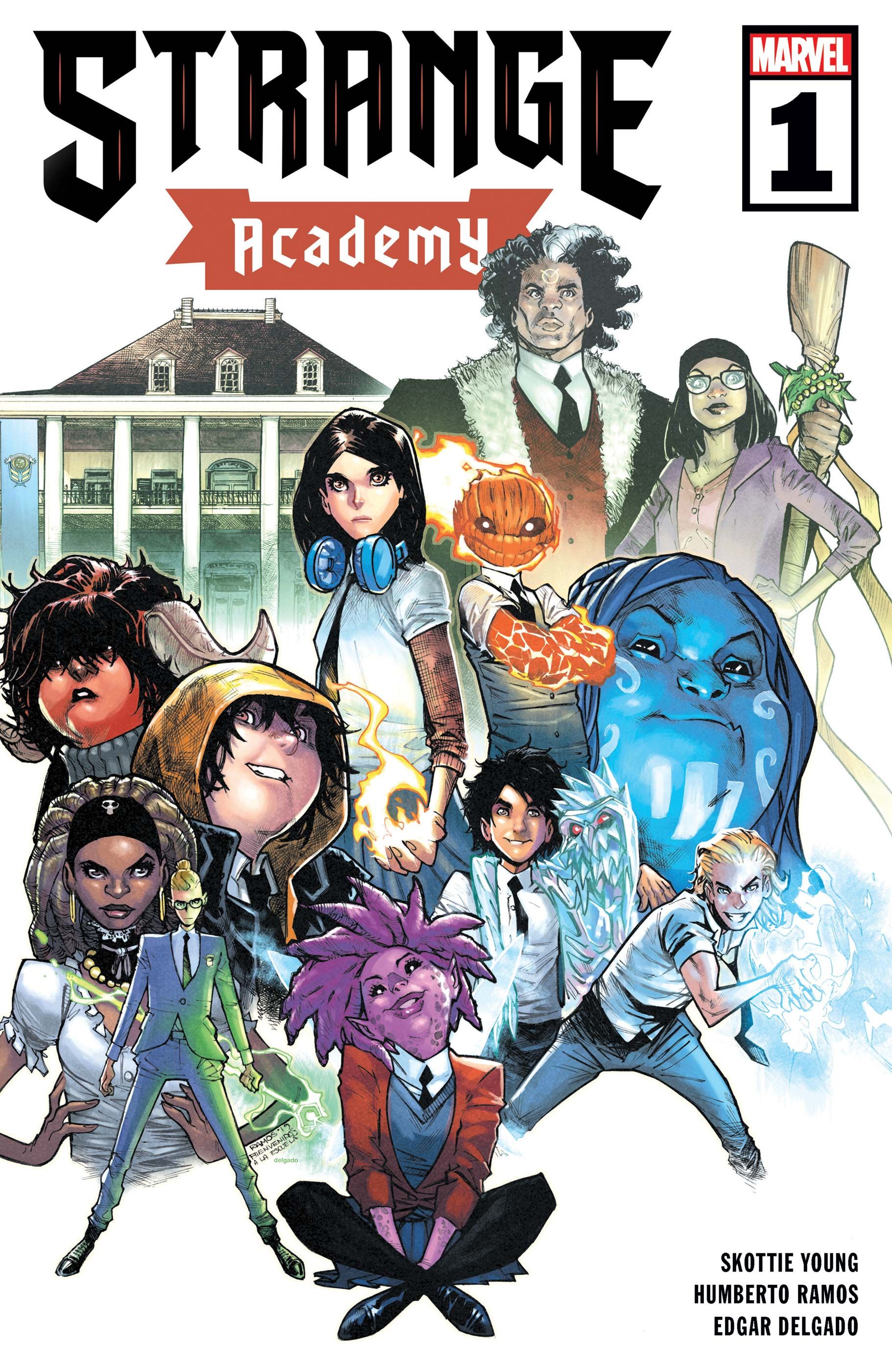 And in the literary corner, the wallcrawler is back-in-black in Margaret Stohl’s retro centric Spider-Man Noir #1. The New York Times best-selling author of the Marvel Press novels, Black Widow: Forever Red and Black Widow: Red Vengeance, as well as the critically-acclaimed Life of Captain Marvel limited-series, joins artist Juan Ferreyra for a hardboiled crime-thriller set in pre-World War II Manhattan. When a gangland-style murder shutters the Black Cat nightclub, Daily Bugle beat reporter J. Jonah Jameson and gumshoe P.I., Peter Parker are drawn into a byzantine scheme of international extortion and the allure of a mysterious relic, the Cicada Stone. Stohl’s Spider-Man Noir is a faithful tribute to the genre, winking at black-and-white cinema classics, The Maltese Falcon, and The Asphalt Jungle, as well as the pulp-action and intercontinental intrigue of Spielberg’s seminal Raiders of the Lost Ark. Spider-Man Noir #1 joins the litany of required reading in the new Marvel Unlimited update this week.

Catch the latest debuts and the ongoing tales of the world’s greatest superheroes in the new update to the Marvel Comics digital archive, Marvel Unlimited — available on the App Store, Google Play, and online.

Black Panther and the Agents of Wakanda #7

More: The Past Comes to Life in Sub-Mariner: Marvels Snapshots