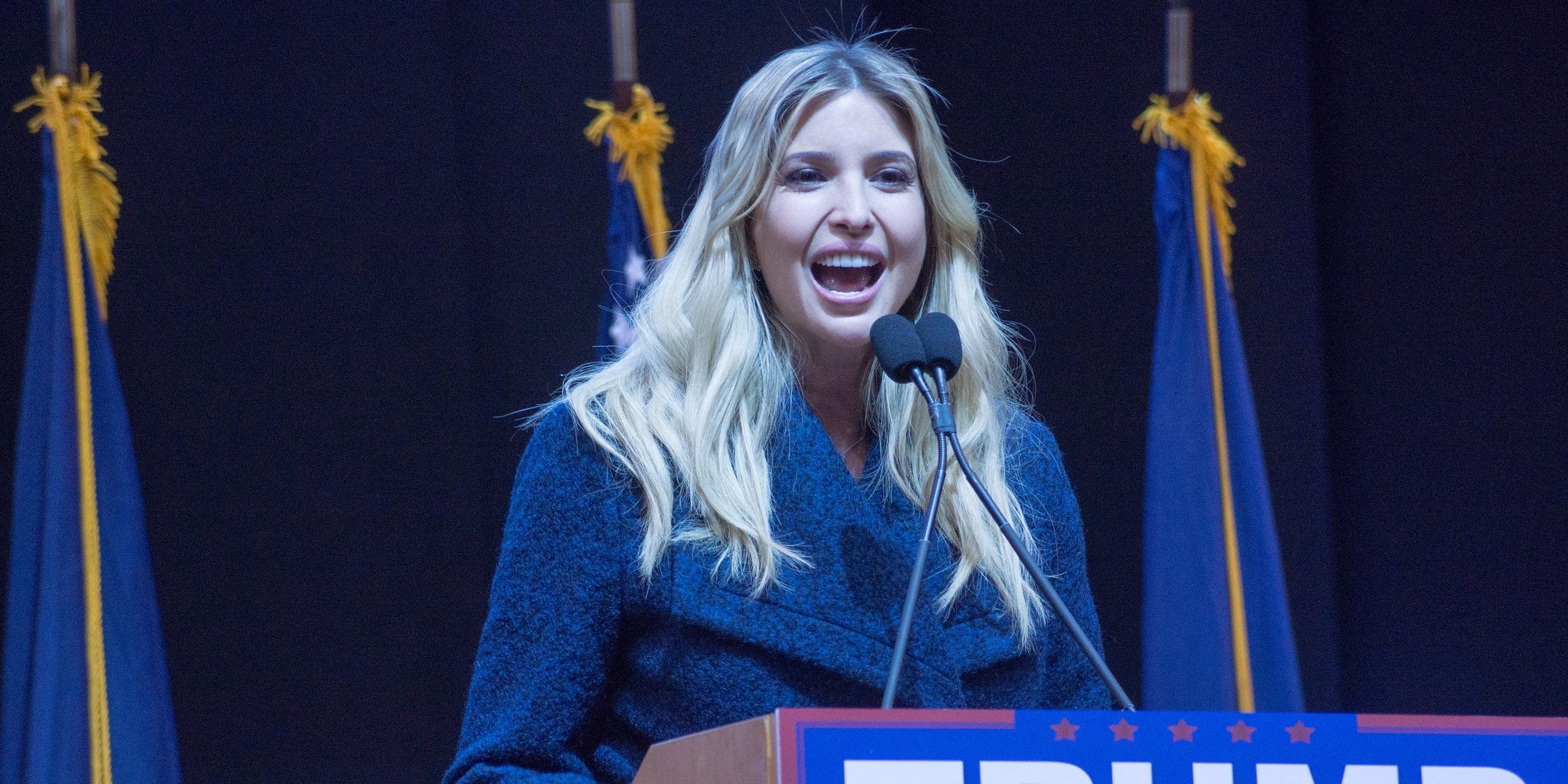 A mob of President Donald Trump supporters rioting against the outcome of the election broke into Congress today. The images pouring out of Washington, D.C. have riveted and appalled the nation.

For her part, as chaos grips the nation’s capital, Ivanka Trump tweeted a half-hearted attempt to encourage the mob of her father’s most die-hard fans to disperse.

“American Patriots – any security breach or disrespect to our law enforcement is unacceptable,” she tweeted to her 10 million followers. “The violence must stop immediately. Please be peaceful.” 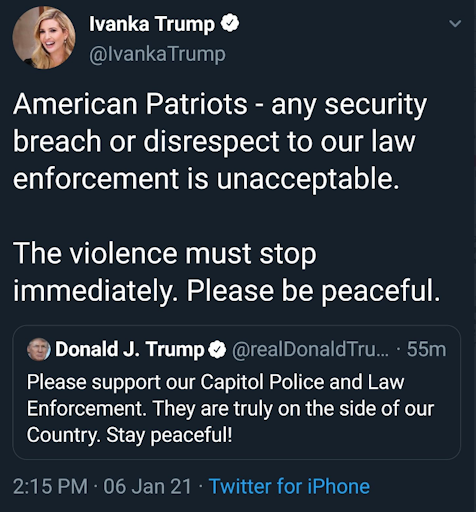 The blowback was immediate. People were outraged that Trump would refer to people whose actions were blatantly seditious as “American patriots.”

She quickly deleted the tweet, as she often does, but screenshots circulated rapidly.

The Trump family, along with numerous Republican representatives, has fanned the flames of violence for months, up to and including on this day, even as members of Congress were being evacuated from the Capitol, under siege by a lawless mob.

To many, the Ivanka Trump’s tweet was in lockstep with her father and eldest brothers, who have praised the rioters and called on them to fight.

“Ivanka Trump now trying to disappear the revolting tweet in which she calls the armed thugs overtaking the US Capitol ‘American Patriots,'” commented Susan Hennessy.

In case you were wondering what they really think of the folks committing this violent insurrection. pic.twitter.com/79zx6kRW1x

Shame on you @IvankaTrump, for giving these terrorists a wink. pic.twitter.com/4z2x7OHeNW

Never forget that @IvankaTrump called the terrorists at the Capitol “American Patriots” and @realDonaldTrump just said that he loves them. #ThisAmericanCarnage

After she deleted it, many people took some pleasure in reminding Trump of her tweet.

sorry @ivankatrump I saw that you deleted this very good tweet about how the men storming the capitol are "patriots" and wanted to put this screenshot up in case you need it. xo pic.twitter.com/FIO06Ya02k

Oh I’m sorry @IvankaTrump, I know you deleted this but I thought it should stay up. pic.twitter.com/zSUPHRJCNr

Here you go @IvankaTrump. I too hate when I accidentally delete something! pic.twitter.com/I9V0tgq6fb

She later tried to explain away her choice of language, tweeting in response to CNN correspondent Kate Bennett asking for clarification, “Peaceful protest is patriotic. Violence is unacceptable and must be condemned in the strongest terms.”

“Your whole family is a disgrace,” replied Josh Marshall. “Go to the bunker and tell your dad to do the right thing.”

As of this writing, the chaos continues unabated at the Capitol. The National Guard has been activated and the city’s mayor has called for a 6pm curfew.