After almost 120 matches of professional Hearthstone, the field of 16 has been whittled down to the world champion – Norway’s Hunterace (Casper Notto).

Hyperbole often follows a grand final like a dog after its own tail, but there is not a shred of exaggeration when I say the final match in Hunterace’s grand final with Viper (Torben Wahl) of Germany was the wildest game of Hearthstone we’ve ever seen at a premier tournament.

Both players had to use their perceived albatross decks, with Hunterace’s unorthodox Control Shaman going up against Viper’s Rafaam Zoolock.


How do Hearthstone pros prepare for big tournaments? A chat with bunnyhoppor, muzzy and SNJing


Did Day 2 of Hearthstone Worlds show us how to solve Control Warrior?


Five takeaways from Day 1 of the Hearthstone World Championship

People can argue all they want about the sheer randomness of Arch-Villain Rafaam making the fifth match in the best-of-five somewhat of a dice roll, but to do that would severely undermine just how much of an achievement this was for Hunterace.

For background, Hunterace was one of four competitors who didn’t qualify for the World Championship via a top-four finish in one of the three seasonal tournaments earlier in the year, instead making it as a top points earner.

To massively oversimplify it, he made it to the World Championship because he’s just extremely good at the game, with very little in the way of stage experience. 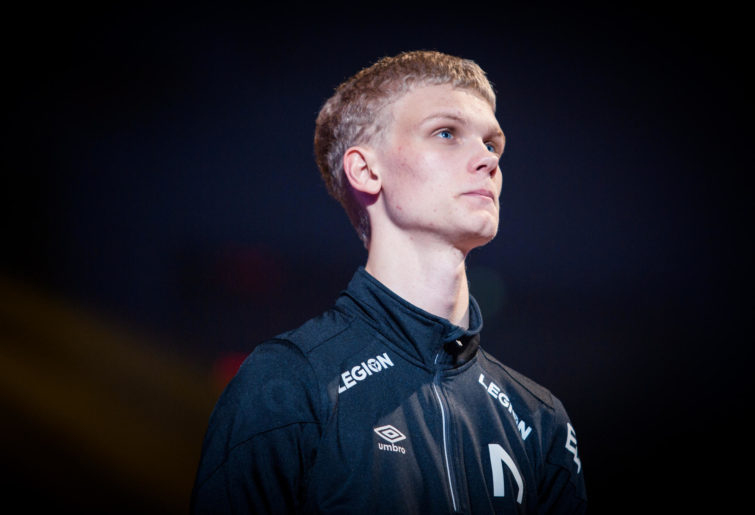 That lack of experience under the bright arena lights looked almost certain to derail to Norwegian on the first day. While he won his initial group match against Ike (Mark Eichner), there were jitters and big mistakes.

He looked more visibly nervous than anyone else when he was up on stage. Every mistake, every bad draw and every good move looked like it’d be enough to completely knock him off balance.

The mistakes came. He ignored two playable Giggling Inventors in a Control Shaman loss. He filled up his hand with Book of Specters as Summoner Mage – burning a Mountain Giant. He passed on clearing the board against a Zoolock, allowing his opponent to overrun him with a Sea Giant.

While he was able to win that match against Ike, the latter of those three blunders sealed his fate in the winner’s match against Justsaiyan (David Shan) – forcing him into the lower bracket to qualify for the finals.

That third day looked almost certain to be his last, with A83650 (Kacper Kwieciński) taking a very quick 2-0 lead in their best-of-five after high-rolling into big early minions in both matches.

Some luck fell his way in the first match after he scored a five-mana Hagatha from Far Sight, but the fact he was able to hold his nerve and win three straight games against Zoolock – playing a slower deck in each match – was clearly the catalyst in his scintillating final day performances. 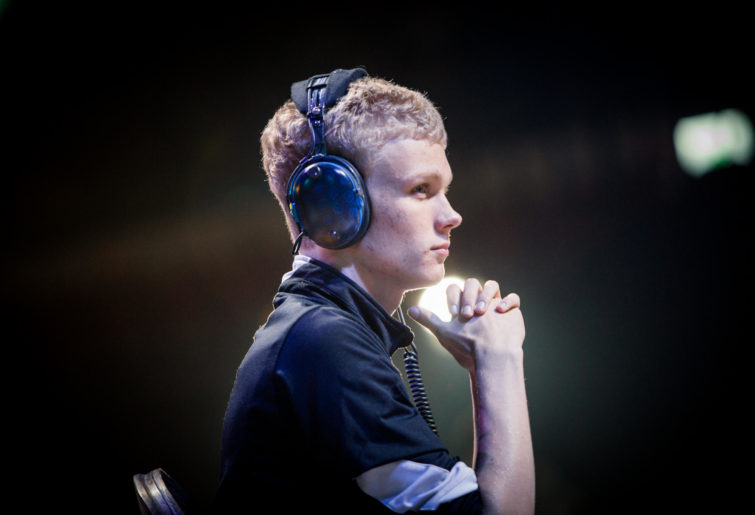 All of a sudden, it was Hunterace punishing his opponent’s mistakes. He swiftly took down bloodyface’s (Brian Eason) Midrange Hunter after he got too greedy with a Scavenging Hyena. He recovered from a horrible start as Control Warrior to turn the tide on the immensely strong Summoner Mage.

A tough loss against the Rogue in very unlucky circumstances followed but, unlike the first day, Hunterace was unfazed.

Even when we fell behind badly as Control Shaman against Summoner Mage – an already hopelessly lopsided matchup in the current meta – he held his nerve, recovered and stole a series-clinching victory.

It was like watching a new player on the stage. While the high emotion was still there, the nervous, tiltable Hunterace was gone, with a calm, measured individual taking his place.

He cruised through his semi-final against SNJing (Guan Zhendong), setting up a mouthwatering final agaist the German veteran Viper.

The middle three matches of their grand final will ultimately be lost to time. The sheer entertainment of their final match will live on in Hearthstone esports folklore forever – but you have to go back to the very first match of that series to see just why Hunterace became the world champion.

It was Tempo Rogue aganist Zoolock, with Viper’s aggressive deck hitting all the right notes early. The EVIL Geniuses, Magic Carpets and Grim Rallies all came along when he needed them, with serious damage hitting face before Hunterace could get his burst damage plan in action.

His Raiding Party didn’t draw the Dread Corsair he needed. It all looked over. He threw out a Hench-Clan Burglar in desperation and, while he scored an Explosive Trap, it still didn’t look it’d be enough.

Hunterace survived three consecutive turns at 1 HP against the fastest, most aggressive deck at the tournament without faltering one bit in decision-making or order of play. Ultimately, he pulled off the most miraculous of comeback victories.

Even the decider, which will only be remembered for the Rafaam shenanigans, saw him fall desperately behind early against that same Zoolock. He was drawing all of the wrong cards against the onslaught of cheap minions, but he still managed to think his way through, bluffing well with Hagatha’s Scheme in particular.

In the absolute unpredictable madness of what was going on with Viper’s new legendary deck, Hunterace still refused to put a foot wrong, meeting every absurd challenge (including a double Azalina Soulthief) with just the right play.

It’s not uncommon to see sports teams improve across the course of a season, or an underdog to find their stride during finals on route to an unlikely triumph.

It’s a bit rarer to see an individual player in an unfamiliar environment find that same form across just a few short days.

Make no mistake, however, this wasn’t ‘momentum’. This wasn’t a lucky streak or the stars aligning.

This was genuine growth in confidence and decision making, genuine resilience in the face of a rough first day.

People can say they bought better decks or would have done better with more time to refine their lineups, but the only person who can truly say they got better at tournament-level Hearthstone over the last four days is Casper ‘Hunterace’ Notto.

I can’t think of a more deserving world champion.

Tags:
Previous Article
How to Set-up and Run a Yoga Retreat: Managing Expectations
Next Article
Hello r/Meditation, I reached the first Jhana when I was 16 amidst a multi-year search for the meaning of life, AMA!

Hello r/Meditation, I reached the first Jhana when I was 16 amidst a multi-year search for the meaning of life, AMA!
admin May 23