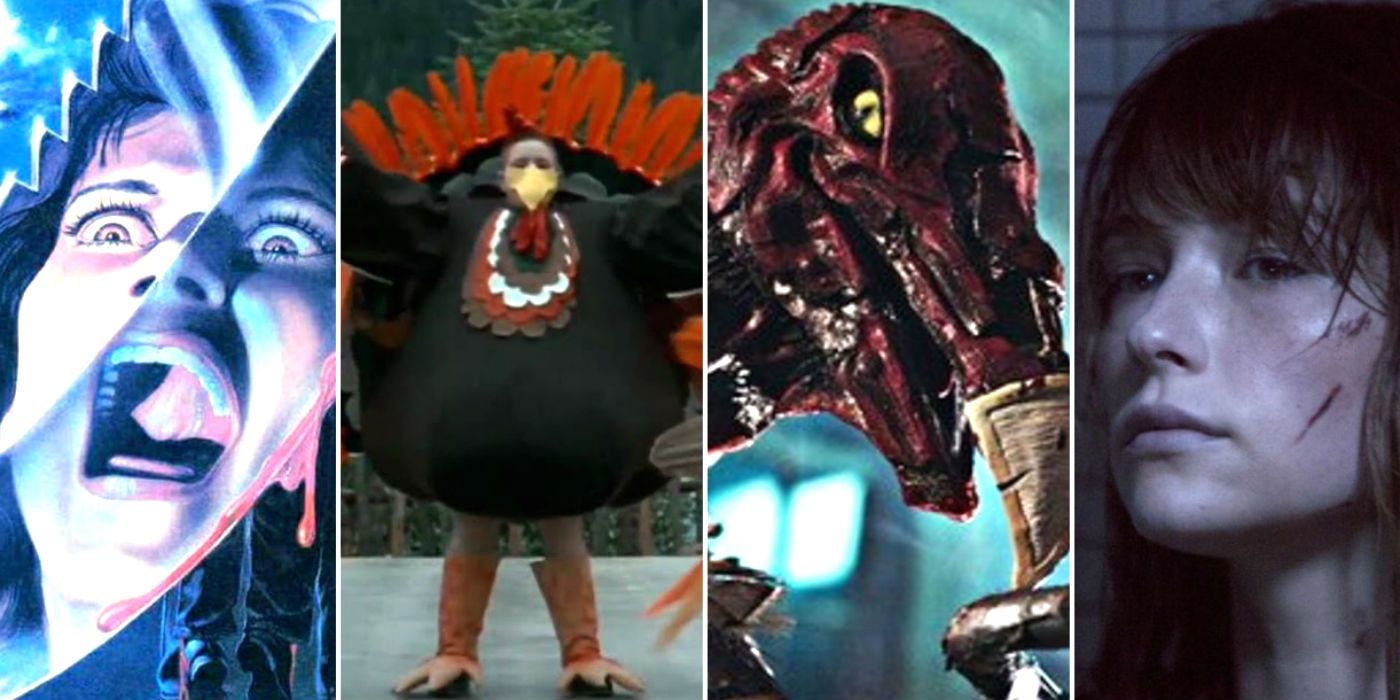 Thanksgiving may be a holiday about family togetherness, good food, and gratitude, but it also makes a killer setting for a horror movie.

While there are many Thanksgiving themed and based horror movies, there are some that stand out from the others and have become, for one reason or another, cult classics. Many horror fans consider these holiday-themed horror flicks to be staples year-round, and frequently look for new films to satisfy their cravings after Halloween is over. There may not be as many as Christmas horror-themed movies, which is a budding category that is rich with potential and keeps growing, but there’s plenty of space to make Thanksgiving horror part of the family’s celebration.

Here are four of the best Thanksgiving horror movies from the ’80s all the way to the 2010s, and where to watch them after the family meal is finished. 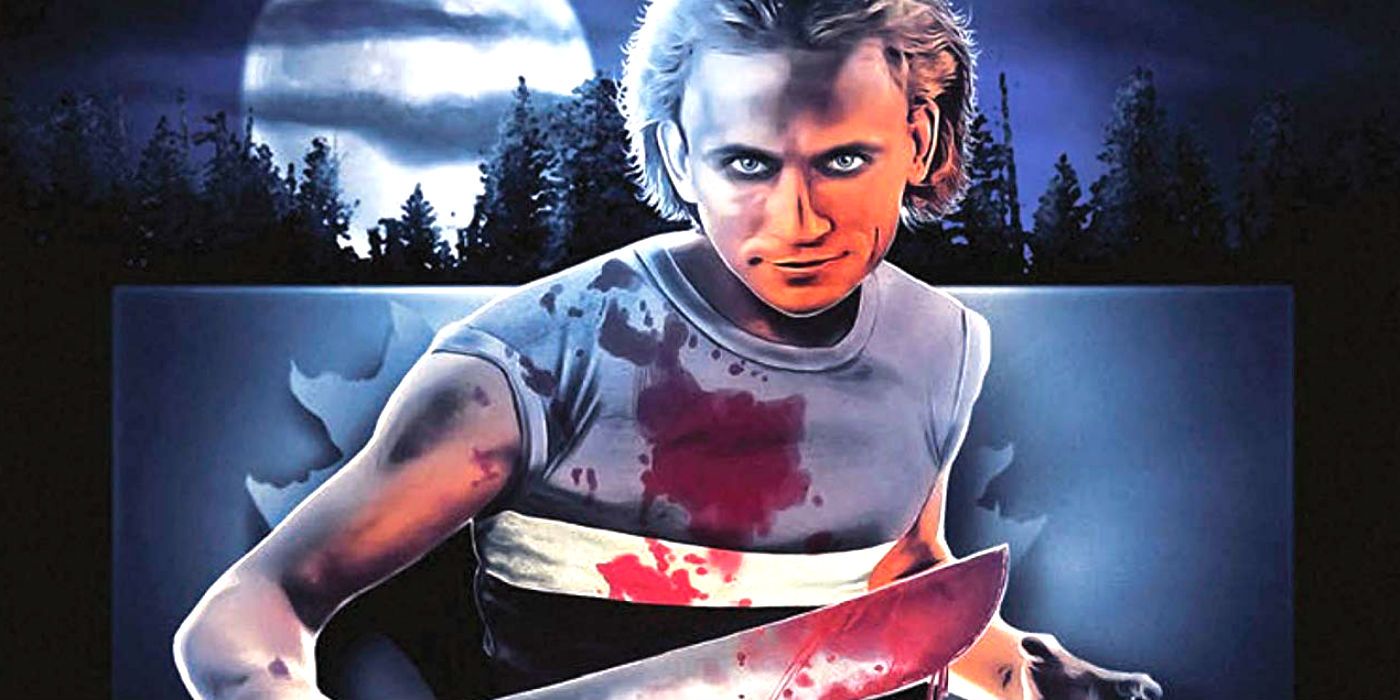 Blood Rage (1987) is a slasher film based on Thanksgiving that follows Terry and Todd (both played by actor Mark Soper), identical twins that lend a hand to the good twin vs. evil twin trope. After Terry commits a brutal murder at a local drive-in theater when he’s a kid, the police end up taking Todd in his place because Terry frames him. Todd is institutionalized and spends ten years in a facility while Terry continues to live a normal life as an innocent man. After Todd confides in a psychiatrist about Terry being the actual perpetrator of the crime, he escapes from the facility and heads back to their hometown in Jacksonville, Florida. Once Terry hears of his brother’s escape, he decides that this would be the perfect opportunity to start another killing spree, this time preying on families in their neighborhood during their Thanksgiving celebrations. While this film is certainly indicative of the ’80s slasher genre at its height, it never was as popular as others in the category and has become something of a cult classic around the holidays in recent years. Blood Rage can be found on Amazon Prime. 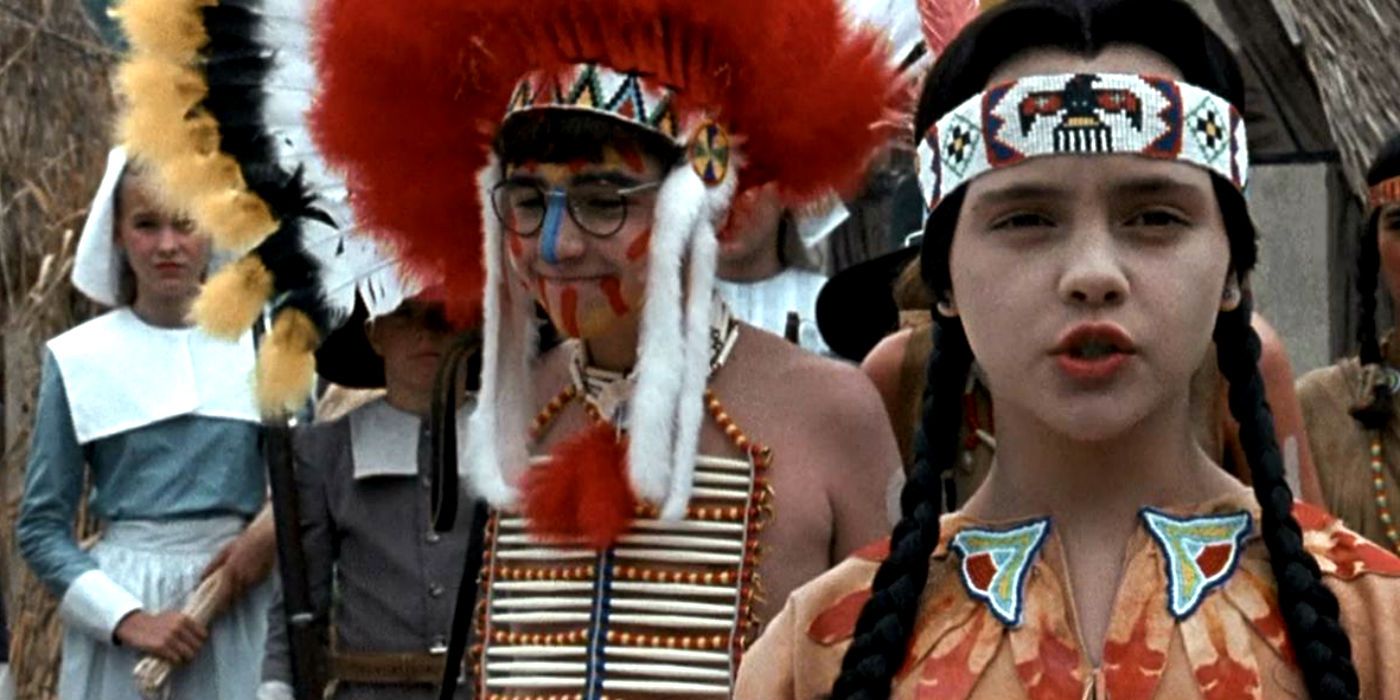 Addams Family Values (1993) is a film you can watch with the whole family. While it’s not based around Thanksgiving specifically, the side plot of the film where Wednesday (Christina Ricci) and Pugsley (Jimmy Workman) attend a summer camp features one of the its most iconic scenes. The camp counselors intend to put on a Thanksgiving themed play for the parents of all the kids attending camp, and cast Wednesday as Pocahontas and Pugsley as a giant turkey. The two scheme with the other outcast kids at the camp who also don’t want to be there to form a coup and end up attacking the parents in the audience and roasting the counselors on a spit. It’s not scary or violent, and is played more as a comedic gag in the film, but it’s certainly one that deserves a space on the Thanksgiving table. Addams Family Values is available to rent or buy on most VOD platforms. 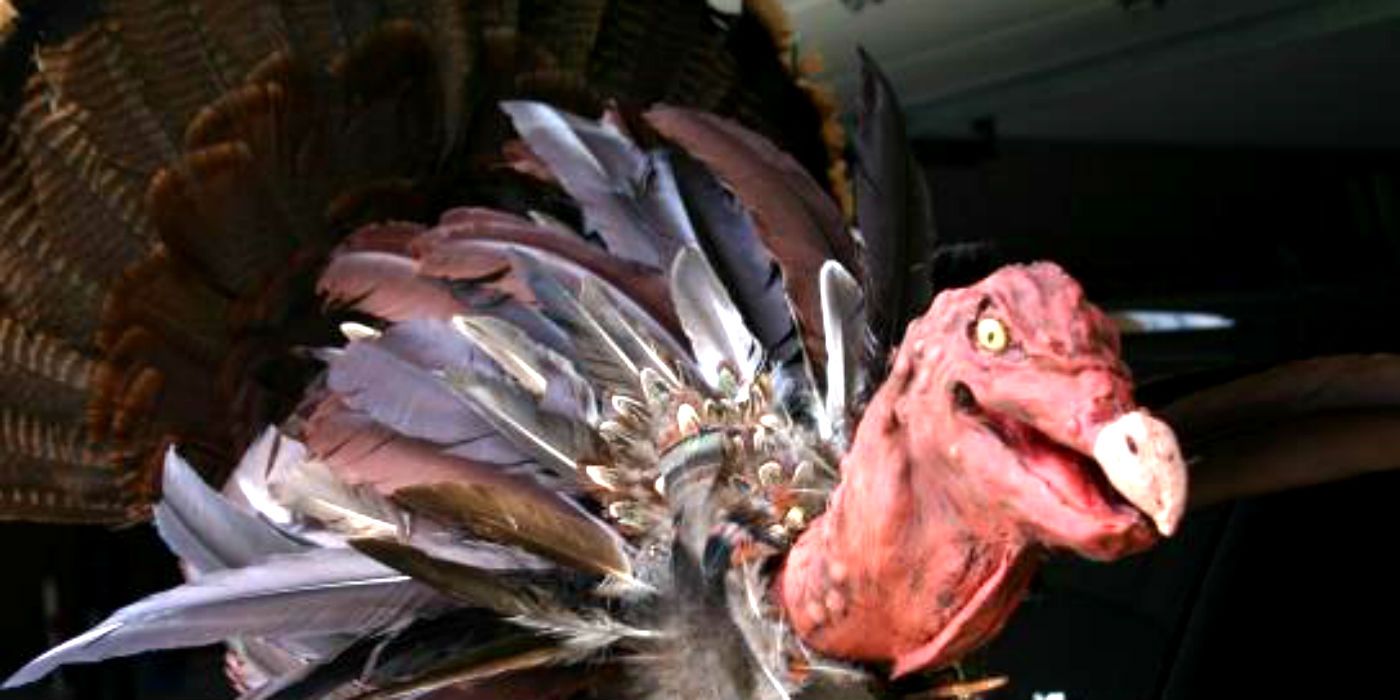 In Thankskilling, a turkey finally gets his revenge instead of being served for dinner. Turkie (voiced by Jordan Downey) is a homicidal, sentient turkey decides to give college students the axe – among other things – during a bloody Thanksgiving break. According to the film’s lore, the demonic turkey began in 1621 at the first Thanksgiving when he slayed a topless Pilgrim woman with a tomahawk. The rest of the film follows standard slasher tropes by featuring characters that are really just there for the body count such as a redneck, a ditzy college girl, a nerd, a jock, and a “good girl.” They are affected by the demonic turkey because, according to folklore, a Native American Shaman was dishonored by Pilgrims and decided to take revenge on them by creating Turkie via necromancy, who appears every 505 years to slaughter any Caucasian he encounters. Billy, one of the core group, is supposedly an ancestor of the Pilgrim who dishonored the Shaman. This movie is certainly not for children, featuring heavy amounts of nudity, violence, and other content, but is an absolutely hilarious film to play for Thanksgiving. Thankskilling is available on Tubi, Vudu, and Amazon Prime. 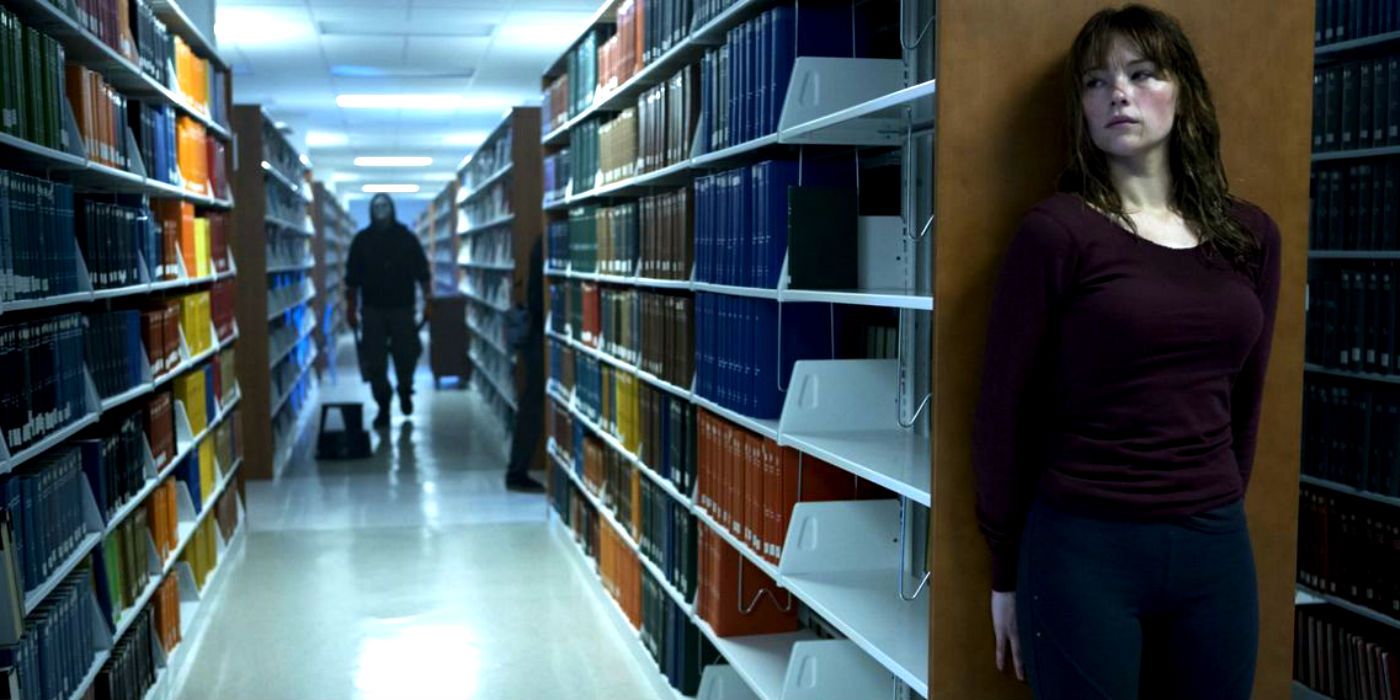 Kristy (2014) follows a hard-working college student, Justine (Haley Bennett), who is supporting herself, and decides to stay behind on campus during the Thanksgiving break. While she was originally supposed to have company, her roommate ended up going to Aspen with her father at the last minute. After she goes to a convenience store to get snacks and supplies, she ends up meeting a strange woman named Violet (Ashley Greene) who threatens her. This encounter shakes Justine up, making her suddenly wary of being alone on campus; her gut instinct turns out to be right when she ends up being hunted by members of a strange cult, seemingly led by Violet. This film plays out very much like a cross between a slasher film and a home invasion thriller, and while it doesn’t feature Thanksgiving very prominently, it is still an atmospheric setting that is relatable to many people, particularly college students, during the holiday season. Kristy is available to watch on Netflix.

Next: The Best Scary (& Almost Horror) Movies On Disney+

Review: The Coma 2: Vicious Sisters – A Gorgeous Horror Adventure That Fans Of The Genre Will Love
admin Jun 29

Raised By Wolves: How Necromancer Hints At Mother’s Season 2 Arc

Review: The Coma 2: Vicious Sisters – A Gorgeous Horror Adventure That Fans Of The Genre Will Love

Cool Stuff: Tether Yourself to Jordan Peele’s ‘Us’ Vinyl Soundtrack and Enamel Pins from Waxwork Records