Doctor Strange Is An Even Worse Headmaster Than Dumbledore 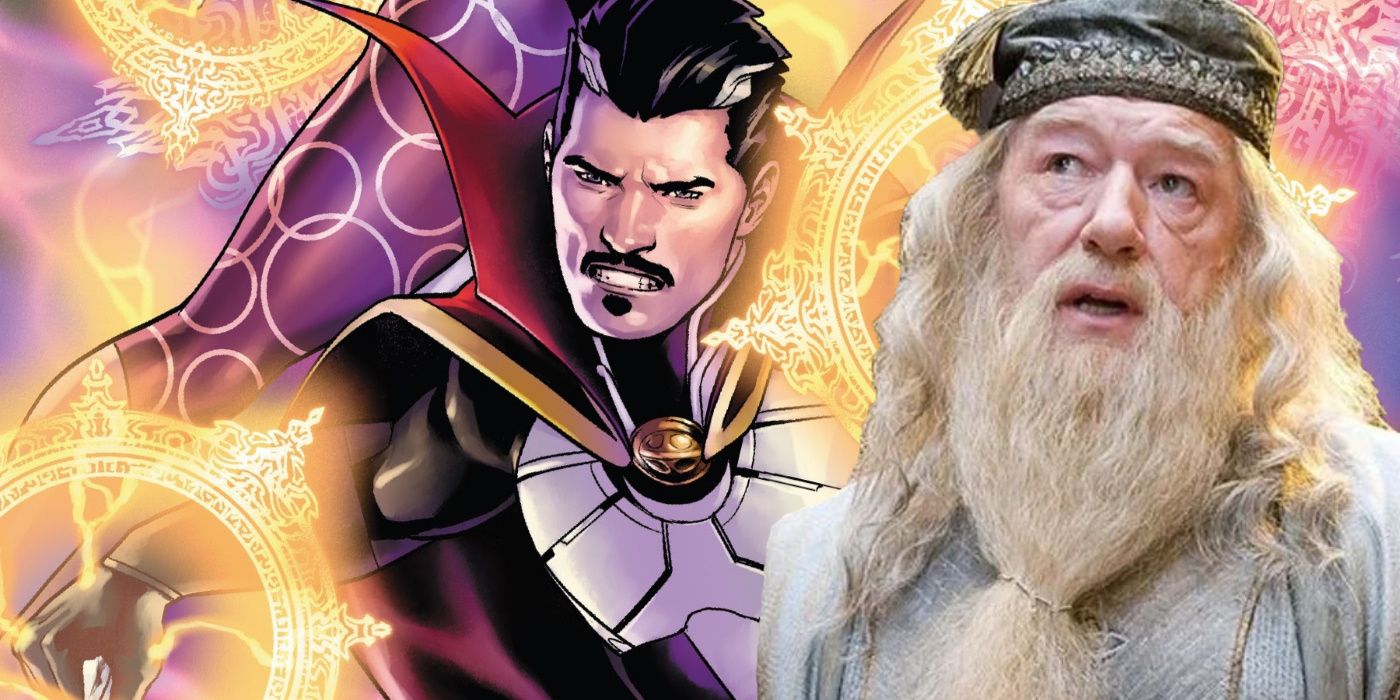 It’s official: Doctor Strange is an even worse headmaster than Albus Dumbledore. Dumbledore may have been one of the greatest wizards of all time, but readers of J.K. Rowling’s Harry Potter novels were consistently unimpressed with his teaching style. The headmaster showed precious little concern for student safety, occasionally warning them of parts of the school grounds they shouldn’t visit for fear of “a violent death.” He tended to watch from the sidelines rather than directly intervene, allowing his most prized student Harry Potter to risk his life time and time and again. In Dumbledore’s view, to learn magic is to step straight into the line of fire – even if you’re just a child.

Marvel Comics has just launched Strange Academy, by writer Skottie Young and artist Humberto Ramos. It’s essentially Marvel’s answer to Hogwarts, with Doctor Strange and the world’s most experienced sorcerers deciding to open a school for witchcraft and wizardry. Class teachers include Daimon Hellstrom, Nico Minoru, Scarlet Witch, Magik, and Shaman, while Doctor Strange himself serves as headmaster. That gives an unprecedented opportunity to compare the teaching styles of Albus Dumbledore and Marvel’s own Sorcerer Supreme.

Dumbledore felt like something of a part-time headmaster in Harry Potter and the Philosopher’s Stone, and the same is true of Doctor Strange in Strange Academy #1. The headmaster is otherwise engaged when the students arrive, and only teleports in when he needs backup in order to take on a magical creature called a Throzil. Strange clearly doesn’t care a jot for student safety, inviting a group of young and untrained sorcerers to join him in battle. “Who wants to have a little fun on their first day of school,” he calls out, and the kids leap into action. It’s worth remembering at least one of these students is completely raw and utterly inexperienced, with no concept of the price that must be paid in order to wield magic. While it’s possible Doctor Strange was simply using an unconventional teaching method to assess the students’ potential and knowledge, there are far safer ways to test that. Brother Voodoo seems distinctly unimpressed. 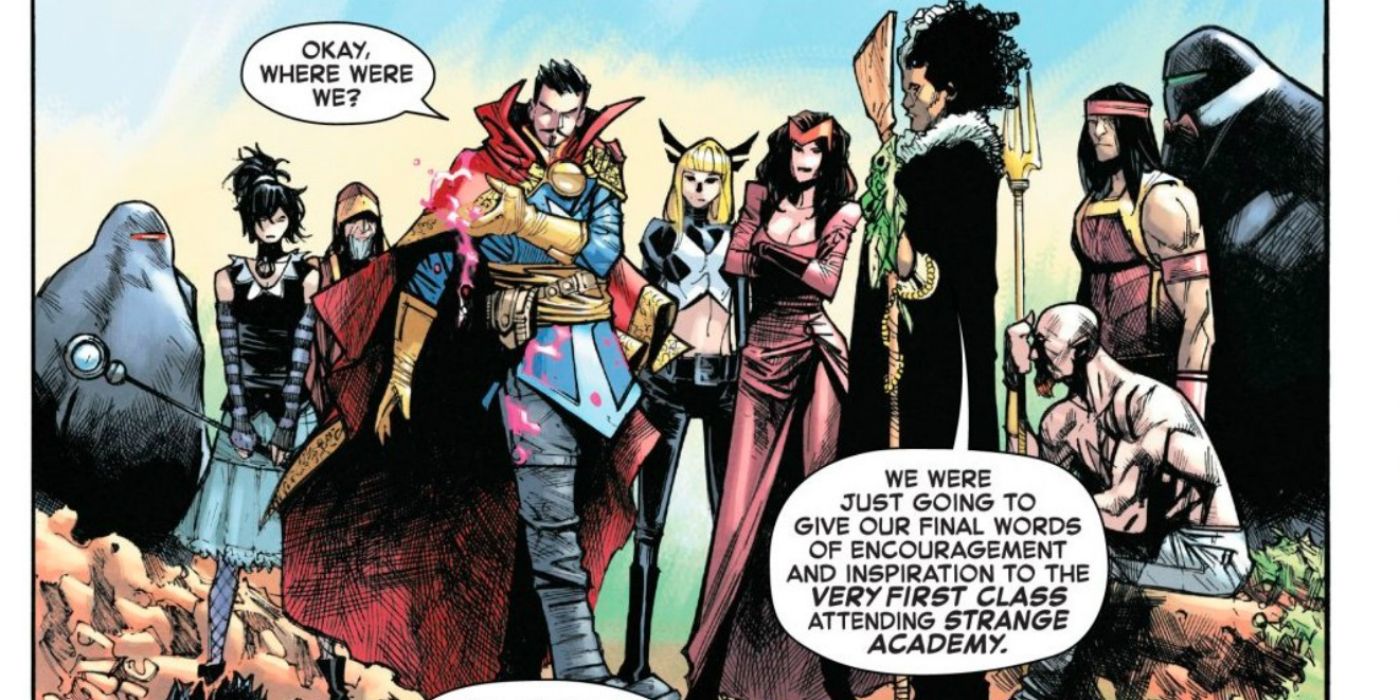 Harry Potter’s first encounter with Albus Dumbledore was one in which the headmaster struck him as remarkably eccentric. Dumbledore’s introductory speech to the feast was a bewildering and amusing one; “Nitwit. Blubber. Oddment. Tweak.” In contrast, Strange presents a far more terse and ominous speech to his first class of students. “I know some of you are freaking out at how awesome and scary this all is,” he observes. “And some of you are probably thinking you don’t need to be here because you’re such bad-asses already. Either way, soak it all in. Have fun, and most of all… try not to die.” It’s staggering how quickly Doctor Strange pivots from light conversation to the prospect of student death.

The clear implication is that Doctor Strange and his teachers have established Strange Academy because they believe the entire magical community is about to come under attack, and the teachers themselves – however powerful – won’t be enough. Dumbledore initially saw Harry Potter the same way, viewing him as a necessary sacrifice in order to defeat Voldemort, but he found himself loving the boy regardless. For now, though, it looks as though Doctor Strange’s perspective is even worse than Dumbledore’s; his entire school is just a gambit, and every single student is a pawn in his grand game. It remains to be seen whether Doctor Strange will learn to see the value in his pupils and come to love them as Dumbledore did Harry Potter.

Strange Academy #1 is on sale now from Marvel Comics.

More: Infinity War Almost Had Doctor Strange In Iron Man Armor: How It Could Have Worked

Before the X-Men, Wolverine Was a Member of Canada’s Avengers
admin Nov 01