Cyberpunk 2077: Best Tabletop RPGs Like It To Play Instead 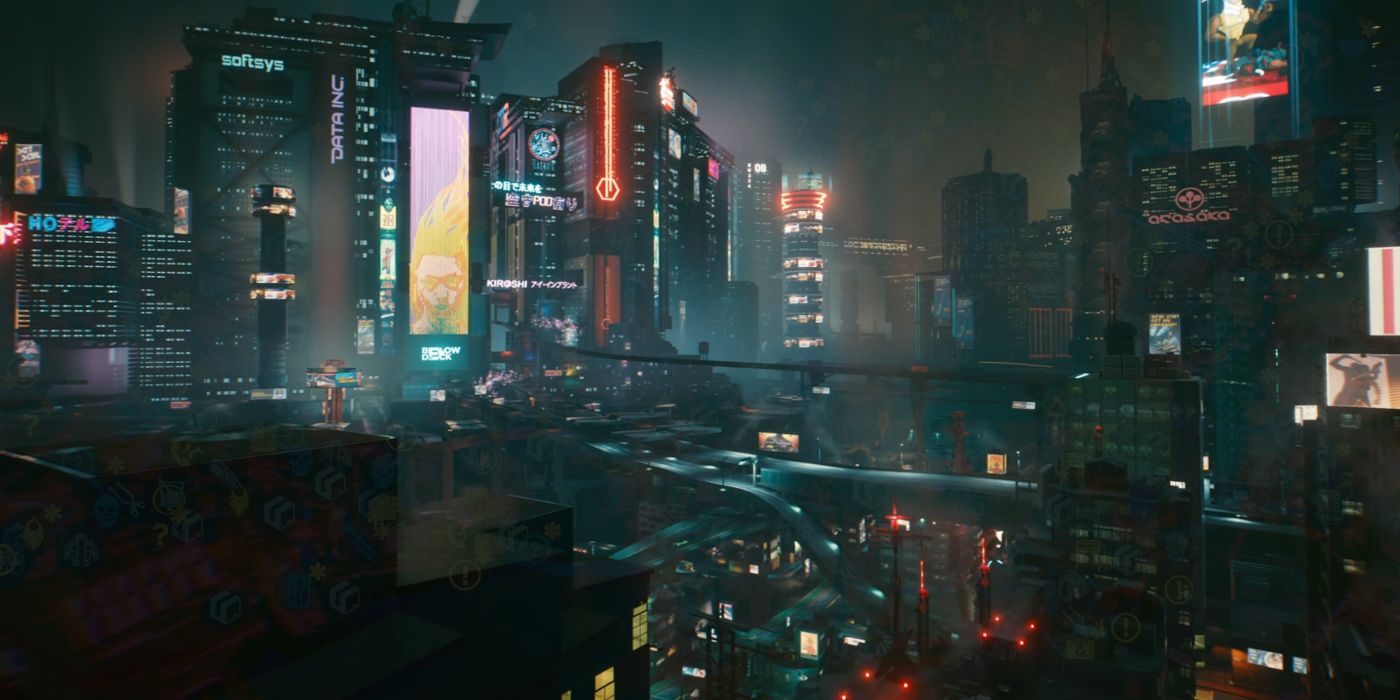 When CD Projekt Red’s latest action RPG, Cyberpunk 2077, was released in December 2020, it was plagued by bugs and glitches on its various platforms, to the point that Sony pulled the PS4 version from the PlayStation Store. Fans waiting for Cyberpunk 2077 to be patched can check out other cyberpunk video games, or they can go “analog” and check out the cyberpunk-themed tabletop RPGs listed below. These roleplaying games may use dice and player imagination instead of cutting-edge graphics, but they still explore fascinating cyberpunk themes.

Cyberpunk was codified by author William Gibson in Neuromancer, a 1984 noir science-fiction novel about a “console cowboy” hacker named Case, a cyborg street samurai named Molly, and an artificial intelligence named Wintermute, who hires them to break it free from its human-imposed cognitive shackles. In Neuromancer, Gibson single-handedly created many of the iconic tropes of the cyberpunk genre: urban sprawls wracked with pollution, mega-corporations that rule the world, a worldwide information network referred to as Cyberspace, and mercenaries with cybernetic and biological augmentations.

Related: Why Cyberpunk 2077 Was Delayed So Many Times

Just four years after Neuromancer was published, a video game adaptation was released on Amiga, Apple, MS-DOS, and the Commodore 64, and in the years since, the video game market has been flooded with games like System Shock, Deus Ex, and Beneath A Steel Sky. These games frequently embrace the links between the virtual realities of the cyberpunk genre and their own simulated worlds of computer code. There are also a fair number of cyberpunk tabletop RPGs out there, pen-and-paper games that still blow video games out of the water when it comes to simulating detailed living worlds by using the “wetware” imagination of their players and game masters. 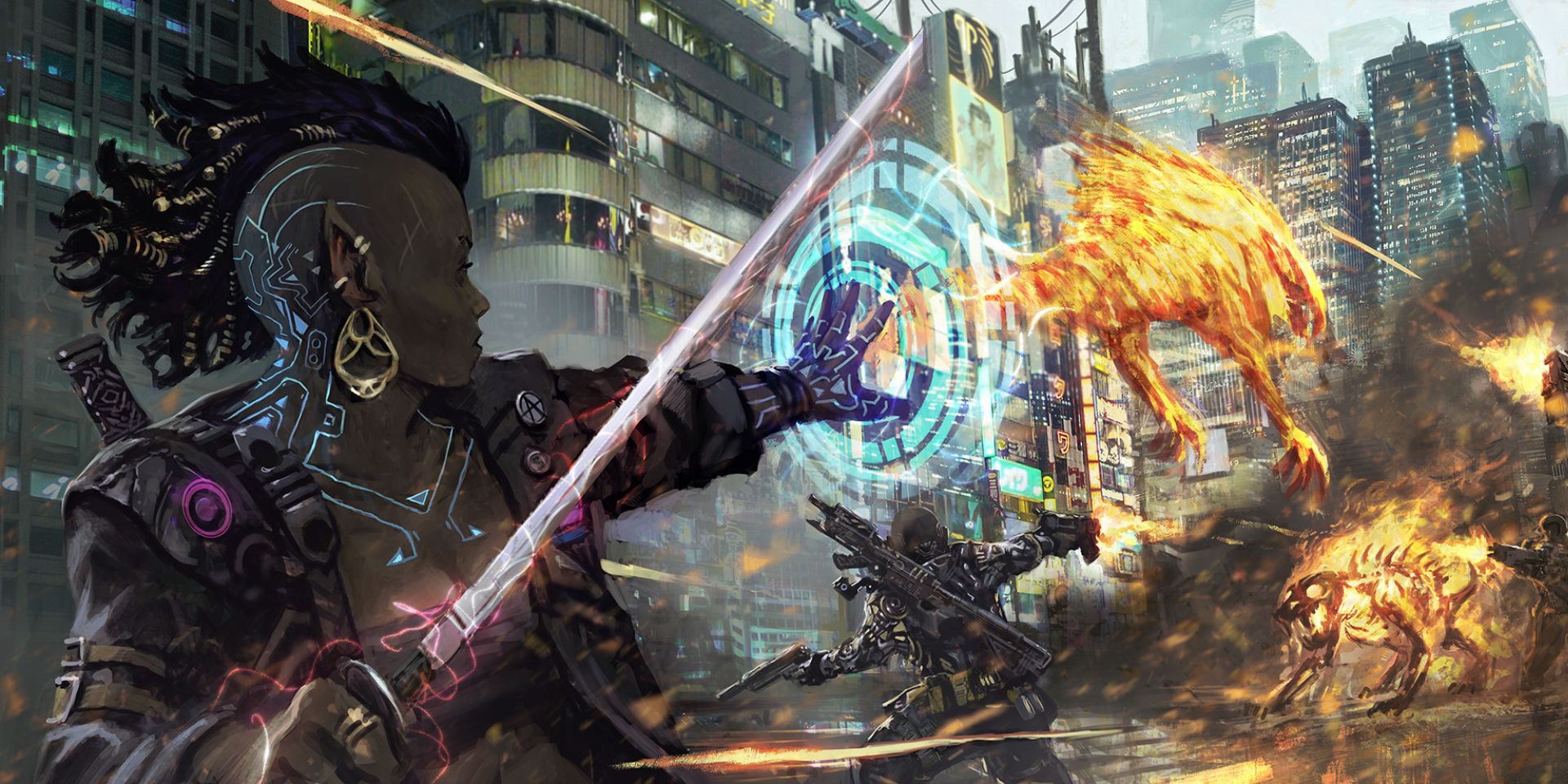 The cyberpunk setting of the Shadowrun RPG borrows heavily from the 1980s works of Gibson. to the point of feeling dated and retro at times; computer hackers in this setting use brain implants and “Decks” to jack into the “Matrix,” the universal currency is called the “Nuyen,” and urban mercenaries called “Runners” augment themselves with cybernetic implants that can cause dysphoria and alienate them from their own humanity.

Shadowrun’s cyberpunk world also happens to borrow heavily from classic Western fantasy, containing non-human species such as dwarves, elves, and trolls, spellcasters such as Mages and Shamans, and Mega-Corps run by avaricious, cunning dragons. The, result, gameplay-wise, is a surreal mashup of Neuromancer and The Lord of the Rings, where a Shadowrunner team composed of an orc Street Samurai, a human Shaman, and an elf Decker might get hired to steal a powerful Earth Spirit from a magical laboratory buried deep beneath the local corporate arcology. Fair warning: the character creation rules for classic Shadowrun are notoriously complex, leading many tabletop gamers to use the narrative spin-off RPG Shadowrun: Anarchy instead. 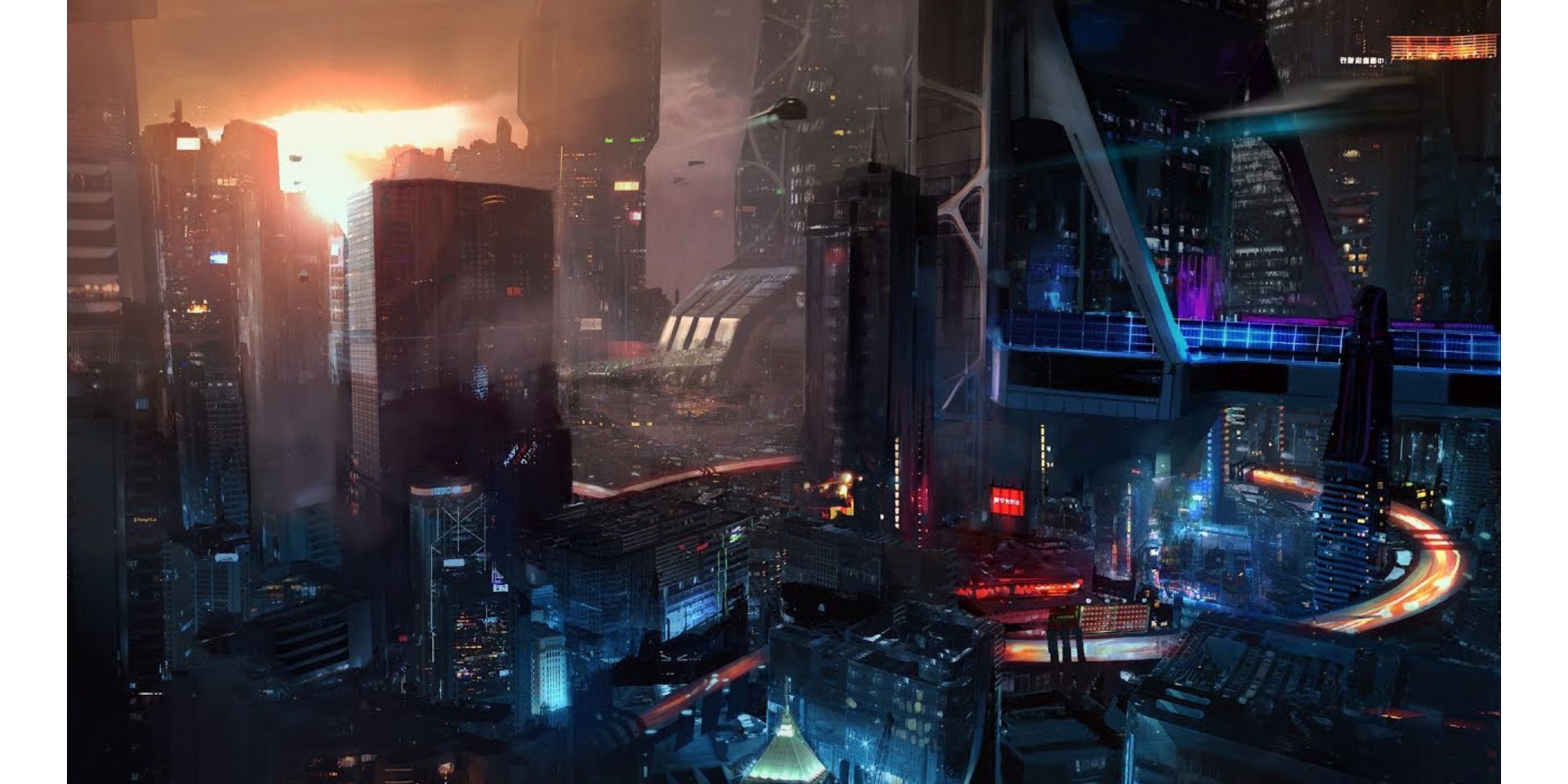 The Sprawl RPG, compared to Shadowrun, is more classically cyberpunk, a narrative-first RPG built around the Powered by the Apocalypse RPG ruleset. Players can quickly throw together their characters – cyborg mercenary assets for multinational corporations – using Playbooks built around classic cyberpunk archetypes such as “The Hacker,” “The Driver,” or “The Fixer.” The Master of Ceremonies, who guides the game, uses narrative Moves such as “Act Under Pressure,” “Play Hardball,” and “Acquire Agricultural Property” to pile the pressure on players, veer the story in new, interesting directions, and add colorful detail to the futuristic urban sprawl the game is set in. 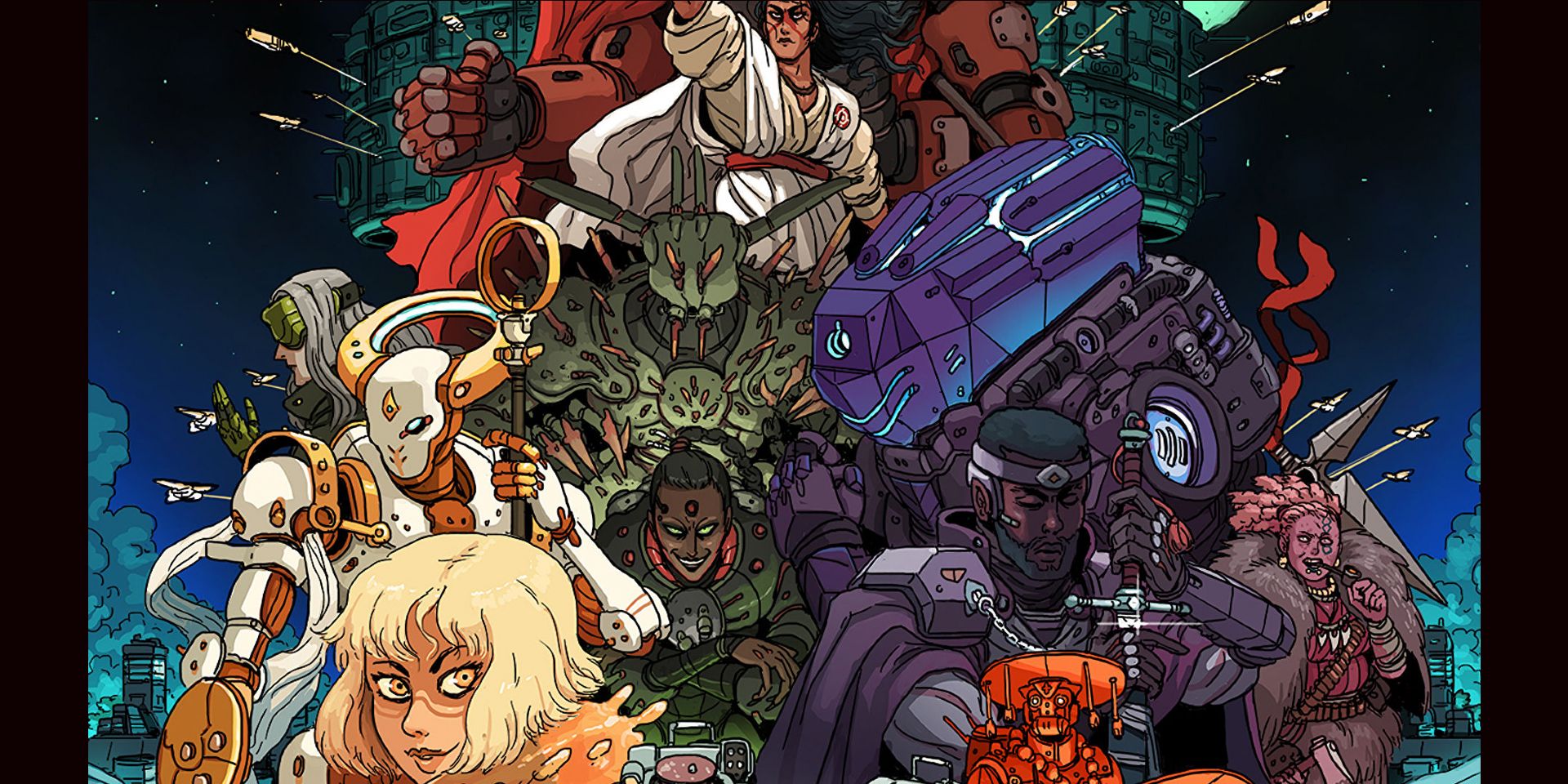 This self-described “Mud And Lasers RPG” Lancer incorporates many different genres into its sprawling sci-fi universe. The core genre is mecha, with players taking on the role of “Lancers,” elite mech pilots who fight as mercenaries, defenders, conquerors, and liberators on the frontier worlds of the interstellar hegemony known as Union. Lancer is also strongly influenced by the science-fantasy splendor of Destiny, the social science fiction of Ursula K. LeGuin, and large swathes of the cyberpunk genre.

In Lancer’s setting, the post-scarcity utopian dreams of Union are challenged by the “Corpro-States,” four interstellar corporations that control much of the galactic economy, conquer worlds to boost their profit margins, and own many of the mech licenses players can upgrade and customize in-game. One of the major Corpro-States in Lancer, HORUS, is a faceless OmniNet conspiracy of hackers, techno-gnostics, and trans-humanist radicals who worship RA, an experimental A.I. who ascended to godhood. Appropriately enough, the Titanfall-style mech chassis and A.I. companions HORUS creates have terrifyingly powerful hacking systems, insectile limb arrangements, and ominous mythical names such as “Balor” or “Hydra.” 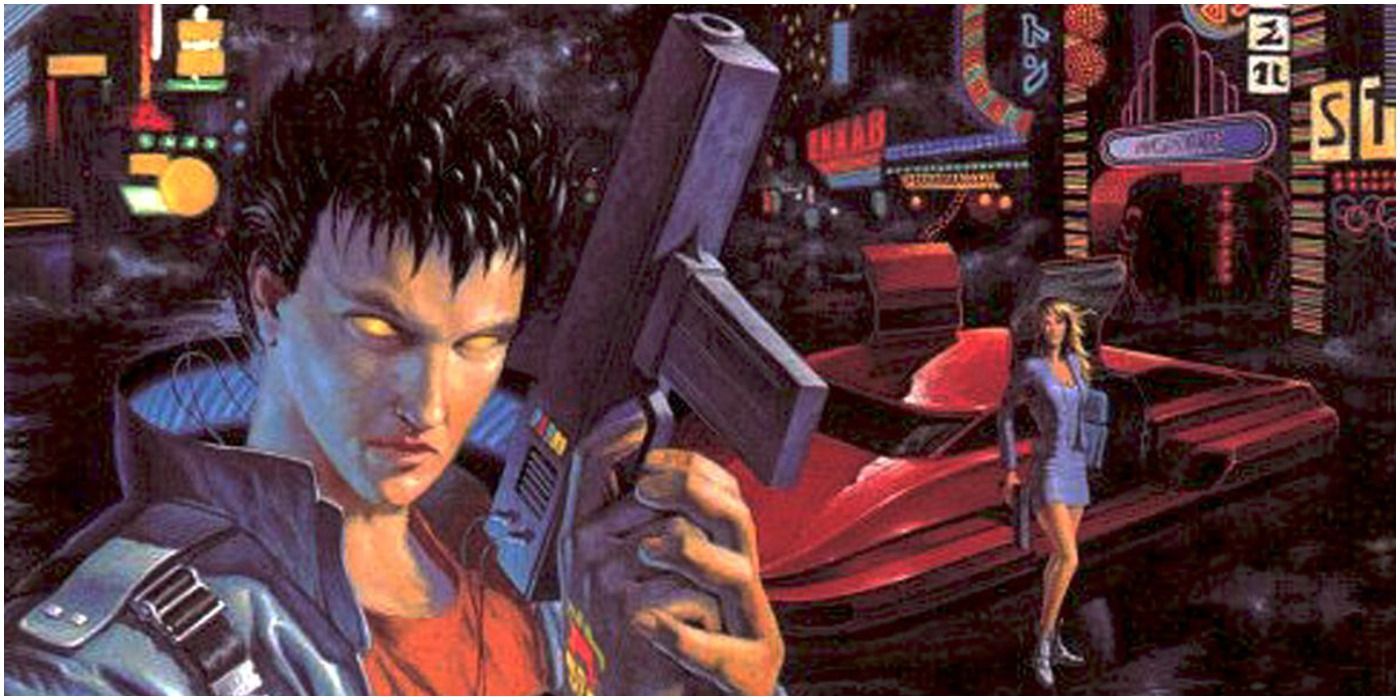 Next: Why There Should Be More Video Games With Solarpunk Settings