Cool Stuff: Tether Yourself to Jordan Peele’s ‘Us’ Vinyl Soundtrack and Enamel Pins from Waxwork Records 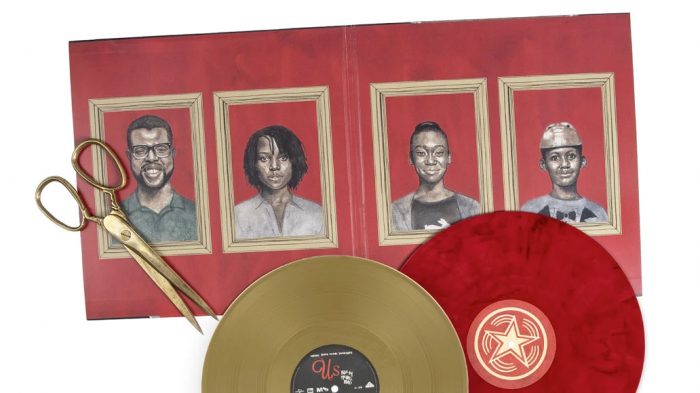 Because every month feels like an entire year these days, you might find it hard to believe that Jordan Peele‘s provocative thriller Us came out earlier this year. We’re bound to be reminded when awards season starts heating up, but until then, Waxwork Records is here to deliver the Us vinyl soundtrack that comes in some incredible artwork on the cover and gatefold, and has two different colored vinyl discs that are perfect representations of The Tethered. Or, if you’re not a vinyl collector, there are two outstanding enamel pins that you might want to add to your collection. 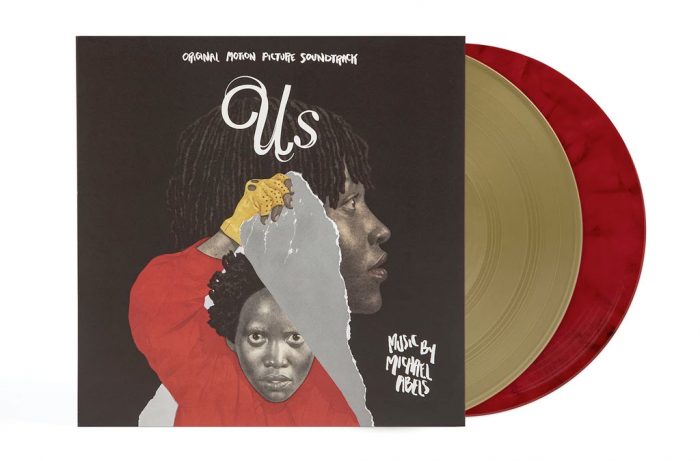 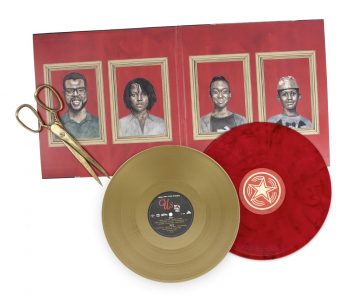 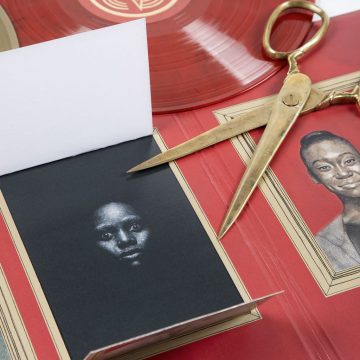 The Us vinyl soundtrack comes with a Metallic Brass Scissors colored vinyl for the first disc and a Tethered Red Jumpsuit colored vinyl for disc two, each containing the score composed by Michael Abels. They’re housed in a jacket featuring the art of illustrator Edward Kinsella, and inside the gatefold jackets there’s even “interactive” packaging with requires collectors to actually cut part of the gatefold to reveal the terrifying Tethered hiding behind the happy family portraits of the film’s main characters. 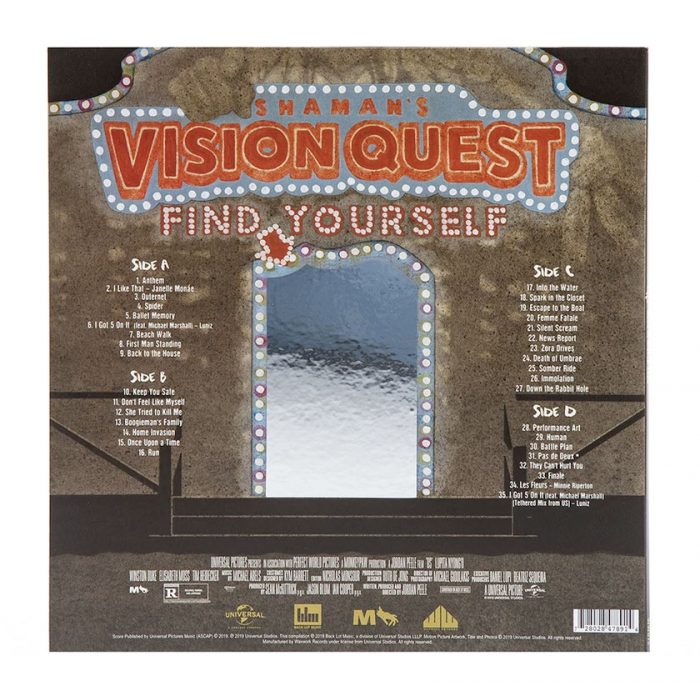 Even the back of the Us vinyl soundtrack comes with a little bonus as the entrance to Shaman’s Vision Quest is actually a reflective foil surface that allows you to see your doppelganger. Also inside the Us vinyl soundtrack will be a heavyweight 11×11 art print, and an exclusive essay by UCLA Professor, scholar, and activist Shana L. Redmond Ph.D, author of Anthem: Social Movements and the Sound of Solidarity in the African Diaspora.

The Us vinyl soundtrack goes on sale today at 12pm ET at Waxwork Records. But if you’re looking for another Us treat…

Waxwork Records also announced these two pins that will go on sale at the exact same time:

Celebrate tomorrow’s soundtrack release of US with two new pins! We are excited to announce these awesome new Brass Scissors die struck metal pins and Hands Across America / Tethered Family enamel pins! Both pins designed by @artbygarybedell and on sale TOMORROW! pic.twitter.com/7Oef8NTyBV

The post Cool Stuff: Tether Yourself to Jordan Peele’s ‘Us’ Vinyl Soundtrack and Enamel Pins from Waxwork Records appeared first on /Film.