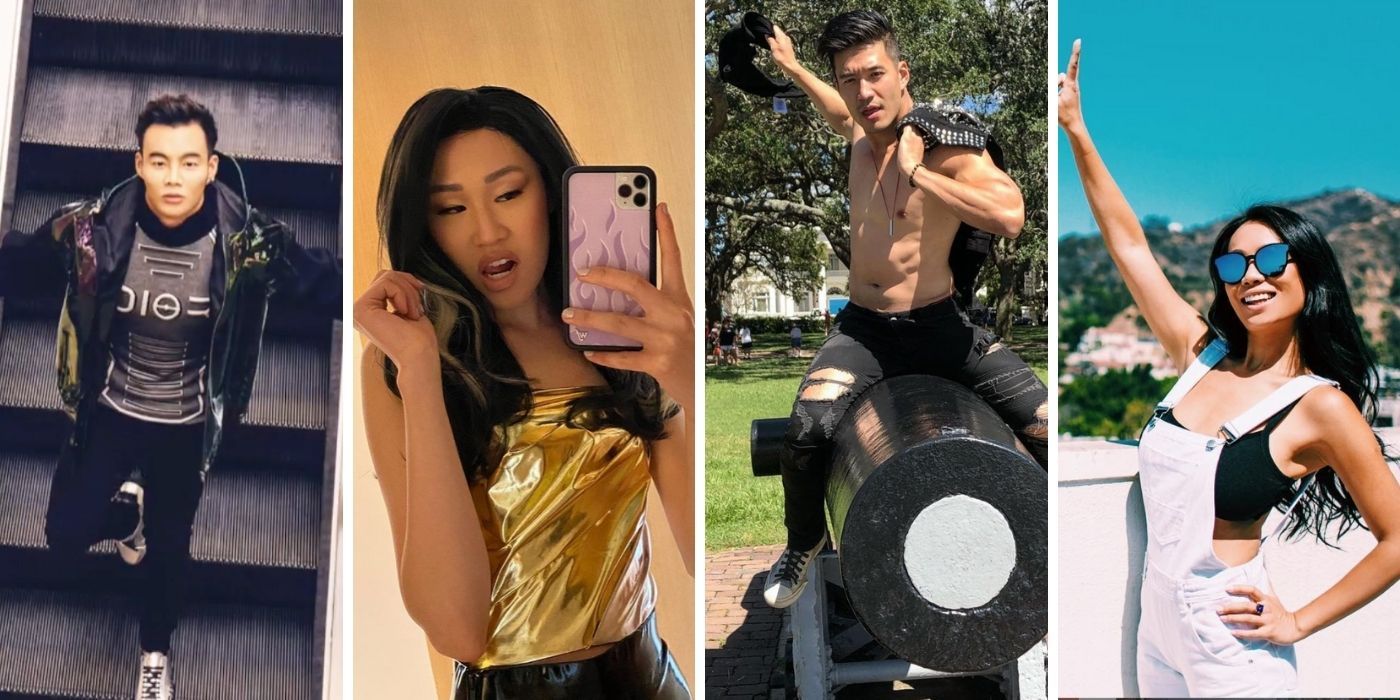 Bling Empire on Netflix follows the lives of wealthy friends in Los Angeles who are all of Asian heritage. While the show’s main focus is their relationship problems, friend group drama, and lavish spending sprees, there are lots of looks into the beliefs and traditions of the cast. With spirituality being a big part of most of the characters’ lives, they are eager to spend their money on the best of the best spiritual guides. Here are all of the mystic practitioners that make an appearance during the first season of Bling Empire. 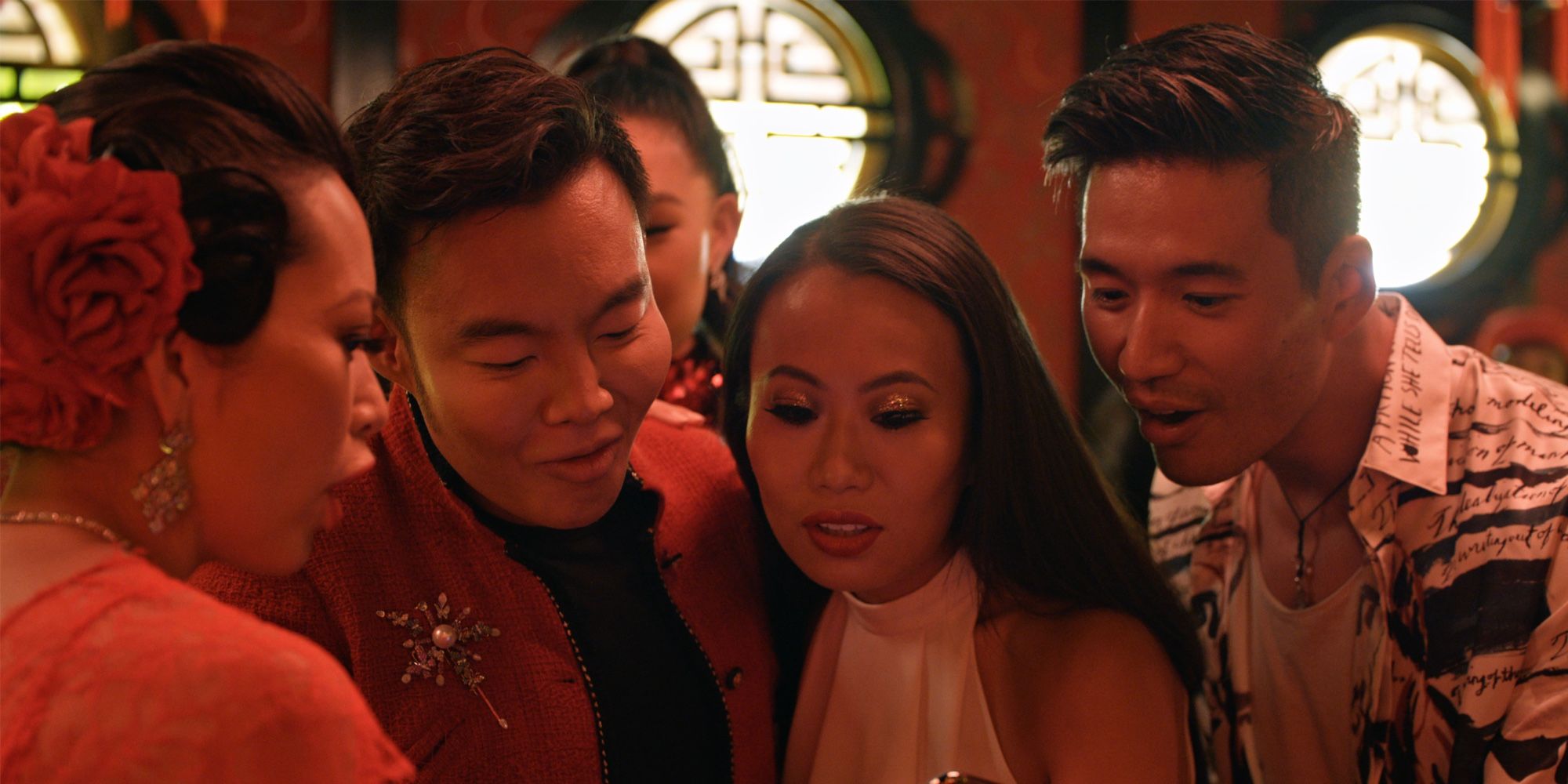 The first of the spiritual characters we meet in Master Yang. He is a fortune teller who reads palms, which is an ancient tradition that spans many cultures, from China to India to Persia. A palm reader interprets the lines on someone’s palm to figure out their future. The most common lines are the love line, life line, and the head line. Master Wang most likely reads Kane Lim’s life line when he tells him that he is destined to become a boss in the future.

Master Wang isn’t just a palm reader; he also feels Christine Chiu’s head to determine if she’ll have more children in the future. Master Yang tells her that she’ll have five children. Considering the fact that Christine only wants one child, she was shocked to hear his prediction. He also reads face shapes, and uses a wooden tool to measure Kelly’s hairline. He then says that her life and relationship lines show that she’ll have more relationships in the future. Kelly wasn’t too happy to hear this after trying to work on her relationship with Andrew. Not much is known about Master Wang other than what we see in the show. We can only assume he is very exclusive, because he doesn’t appear on Google searches for palm readers in Los Angeles at all. If anything, his mystery gives him more credibility. 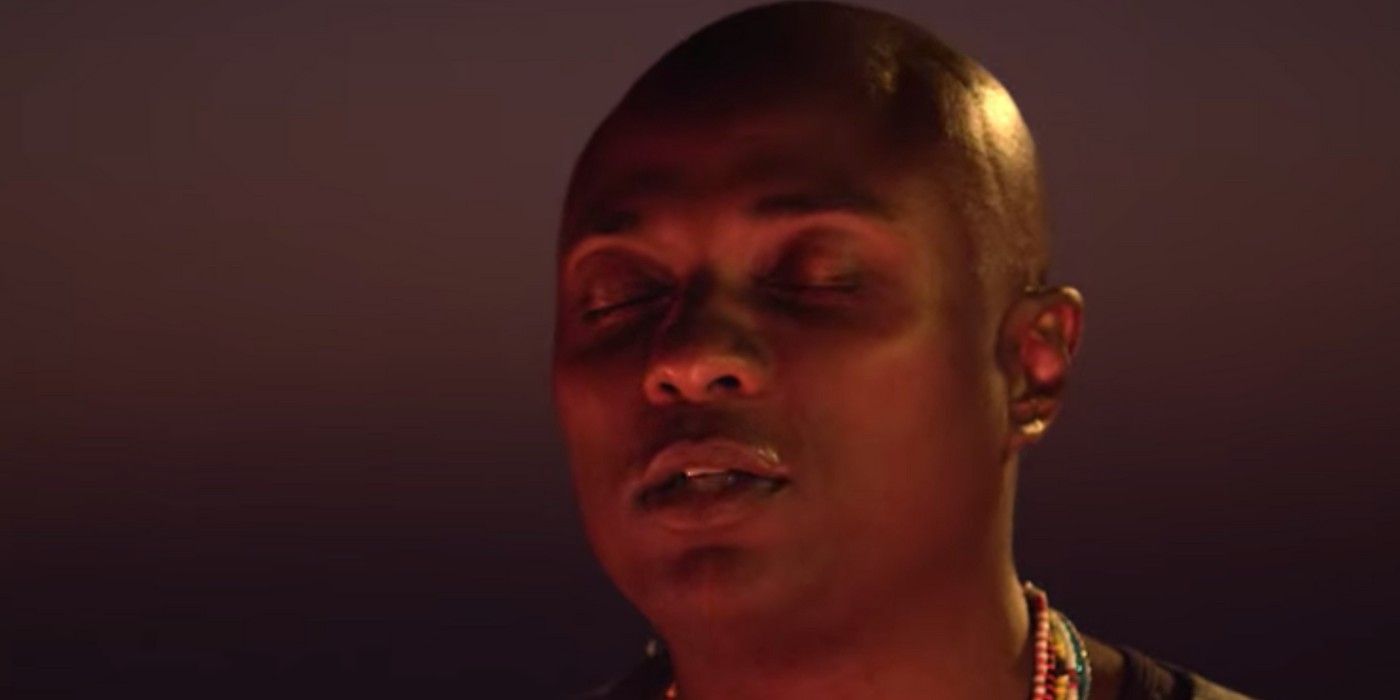 In the fifth episode of Bling Empire, Kevin Kreider has his shaman visit the group at a beach bonfire. Kevin warns that the shaman has made him throw up before by purging his negative energy. Kevin and Kane think the shaman can help Kelly let go of Andrew after their break up. Shaman Durek checks Kelly’s signatures and then has the spirits “download their files into [his] operating system.” Apparently, the shaman went inside of Kelly’s endocrine system, which is a series of glands that produce hormones that the body uses for various functions. He said he found a pattern in her glands that creates relationships where Kelly is always a caretaker and enabler to men who are not her equal – shots fired at Andrew.

On the show, Shaman Durek is described as a spiritual bridge, healer, and mediator. But he’s not just a random buddy of Kevin’s – he’s one of the most well known shamans in the world. Shaman Durek is Gwyneth Paltrow’s spiritual advisor and is also dating the princess of Norway. He and the princess met after she went to him for a spiritual reading where they connected on a deep level. Shaman Durek’s real name is Derek Verrett, and he describes himself as a sixth generation healer. Shaman Durek says he first noticed his abilities when he was 5 years old after he started seeing visions about the kids in his class. After a near death experience due to a series of seizures, he embraced his spiritual side and began training in the shamanic traditions of Native American, Haitian, Nigerian, and other cultures. A private healing session with Shaman Durek costs $1,000 an hour, which is probably a great deal for the Bling Empire crew. For the rest of us, not so much. 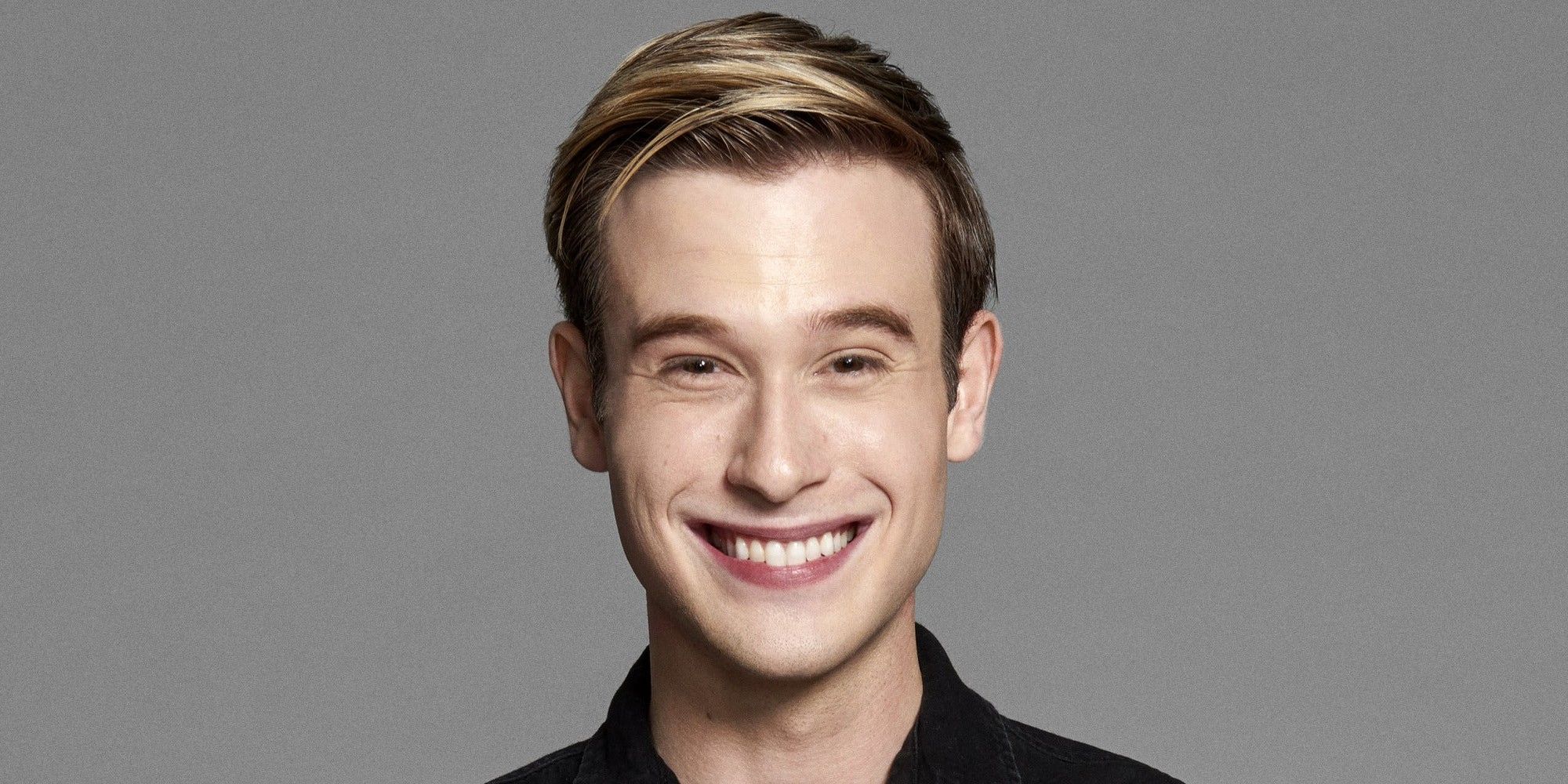 Cherie Chan enlists the help of medium Tyler Henry after her mother passes away. Tyler brings a notepad, which he scribbles on as a form of meditation as he claims to get messages from beyond the grave. While connecting with the other side, Tyler learns that Cherie’s mom passed away prematurely (she was 59). Tyler tells Cherie her mom wants her to wipe the slate clean and not feel guilt about not being there when her mother died. Cherie asks if she’ll ever see her mom again, and Tyler says to look for a child talking to the walls. Lo and behold, Cherie’s daughter Jadore starts talking to her “Popo,” or grandma, in her brother Javon’s room. She then tells her mom that “Grandma is Javon.” Cherie, who practices Buddhism, starts to think that maybe her mom reincarnated as her infant son Javon so that they could stay together. Cherie’s boyfriend Jessey was quick to remind Cherie that she needs to make sure to love Javon for who he is and not only see him as her mother.

Tyler Henry’s message about Cherie’s mom seems to come true. So who is this proclaimed medium? Viewers may have recognized him from his very own reality show Hollywood Medium, which aired on E! when Tyler was just 20 years old. Tyler Henry has given readings to the Kardashian family, Megan Fox, and, unsurprisingly, Gwyneth Paltrow. He calls himself a clairvoyant medium and claims he discovered his abilities at the age of 10. Besides Theresa Caputo (the Long Island medium), Tyler Henry is probably the most well-known medium alive today. He’s garnered so much attention that John Oliver did a while segment on why Tyler Henry and other mediums are taking advantage of the grieving and essentially performing a magic trick. Still, enough people believe Tyler that his waiting list is currently 15,000 people long. 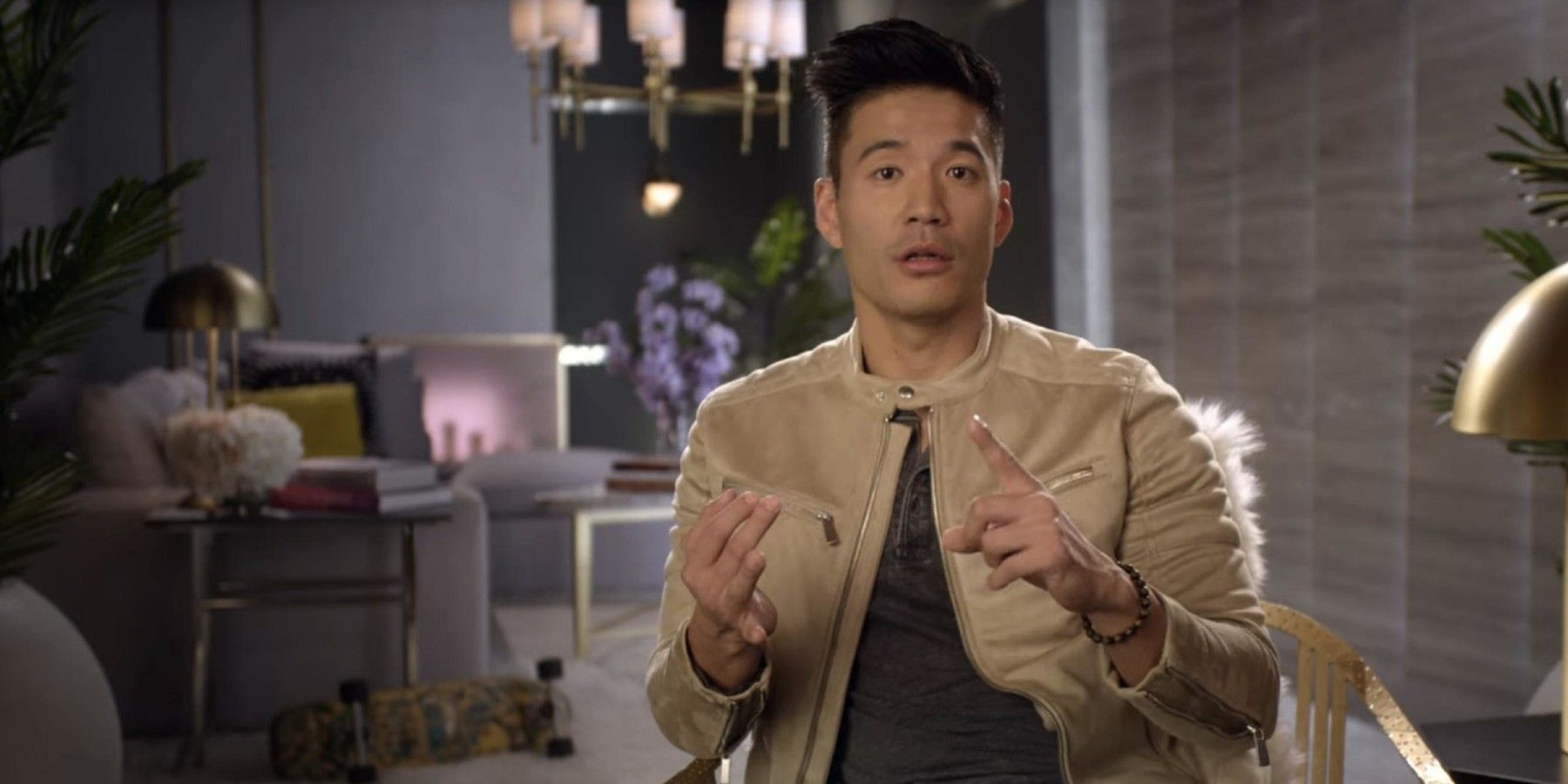 Kevin takes the audience with him to an intimate hypnosis session late in the season. Kevin is hoping to use hypnosis to access memories of his birth parents and his life in Korea before he was adopted. His hypnosis session starts off light, with Kevin going back to the age of 5 and recalling his birthday party. When he goes back to the age of 3, he remembers being on a plane, not knowing where he was going, and being scared. He cries, and it really does feel like he’s crying as, and for, his younger self. The hypnotist tells Kevin to hug that little boy and tell him that everything is going to be ok. Then Kevin goes back to age zero, as he remembers being in his mother’s stomach. He gets emotional again after feeling like his mother doesn’t want him. But after the session, he says it helped with his healing to know that his mom was just scared about her own future, and she wasn’t thinking “Kevin sucks.”

The hypnotist responsible for pulling the strong emotions out of Kevin is Linda Gabriel, a hypnotherapist and holistic coach. She owns a private practice in the heart of Hollywood, where she charges $500 per session. She’s been working as a hypnotherapist since 1992 and has a B.A. and M.F.A. from UCLA. She also offers intuitive energy work, emotionally focused therapy, craniosacral therapy and neuro-linguistic programming. While experts are divided on whether memory recall like the one shown by Kevin is real or just your current self creating false memories, it seemed that Linda gave Kevin the peace he needed, one way or another.

Everyone has their own opinions about what’s real and what’s fake when it comes to fortune tellers, shamans, mediums, and hypnotists. The cast even differed in their reactions to these people in the show. Whether you believe these expensive practitioners are the real deal or not, one thing is for sure: they make for good TV.