Beetlejuice: Every Ghost In The Neitherworld Waiting Room 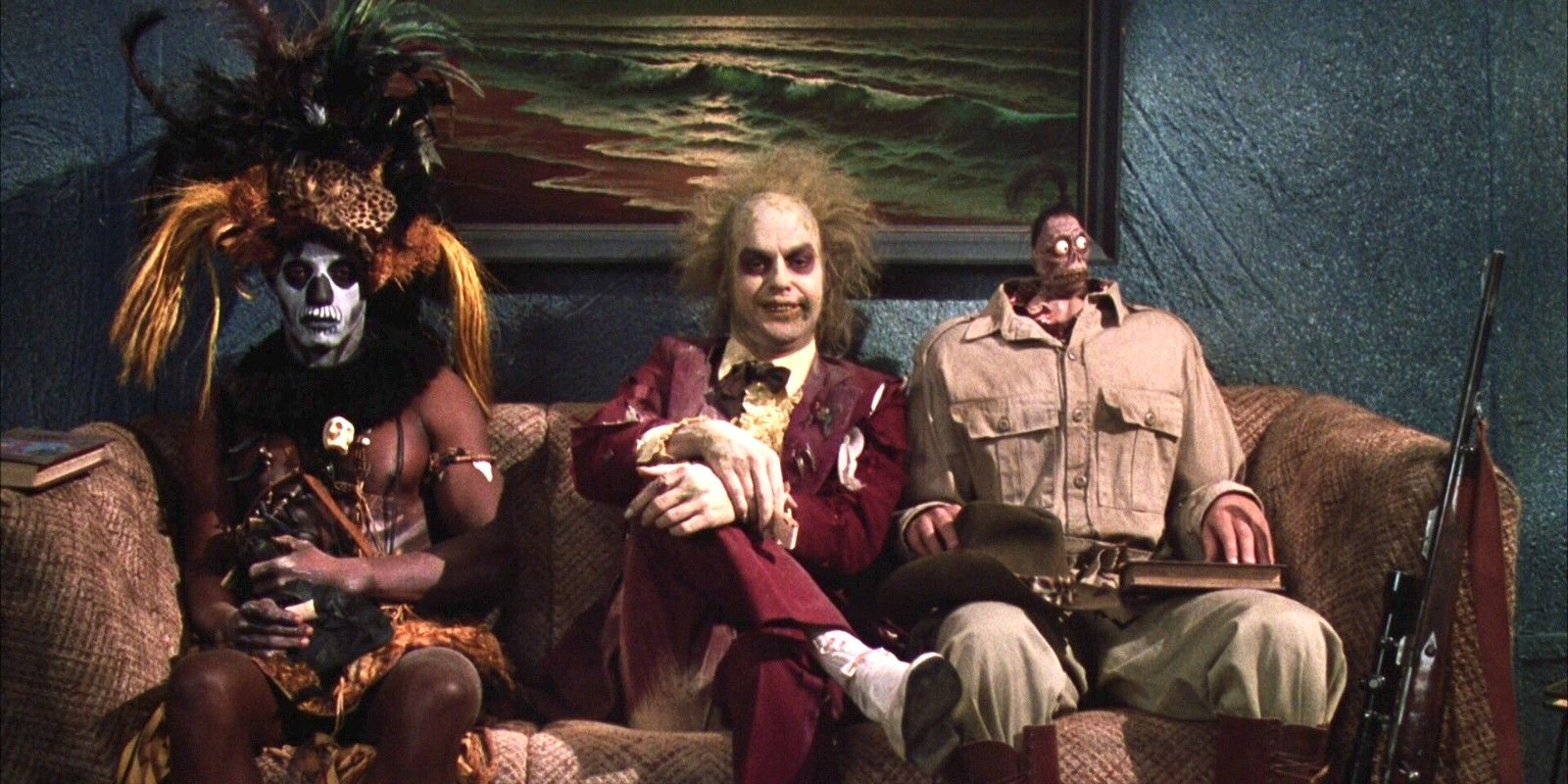 Beetlejuice’s hellish waiting room could only come from the mind of Tim Burton, so here’s a guide to every ghost it contains. Beetlejuice is the movie that really solidified Tim Burton as one of the most distinctive filmmakers in Hollywood. The movie’s mixture of dark comedy and horror – combined with Burton’s unique visual style – have made it a cult classic. Beetlejuice was also a star-making role for young Winona Ryder, while star Michael Keaton and Burton would go on to make Batman.

Beetlejuice would spawn a long-running cartoon series and a Broadway musical, but surprisingly, it has never received a sequel or remake. Following the success of the original a sequel called Beetlejuice Goes Hawaiian was greenlit, where the Deetz family head to Hawaii to open a holiday resort but need to call on Beetlejuice’s help when they disturb a demonic burial site. This follow-up soon landed in development hell, with the cast and crew too busy on other projects to focus on it. Seth Grahame-Smith was hired to write Beetlejuice 2 in 2011 but after more time trapped in development, Burton essentially ruled it out during a 2019 interview.

The movie is filled with memorable moments from Beetlejuice’s introduction to the musical finale, but one moment that really sticks out is the Beetlejuice waiting room scene. This sequence finds Adam (Alec Baldwin) and Barbara (Geena Davis) come to meet their caseworker Juno, and they have to wait with a number of other spirits. One thing this scene makes clear is that the manner of a person’s death affects how they look in the afterlife; it also reveals that even in death, there’s no escape from bureaucracy or waiting lines. With that in mind, here’s every ghost shown in the Beetlejuice waiting room. 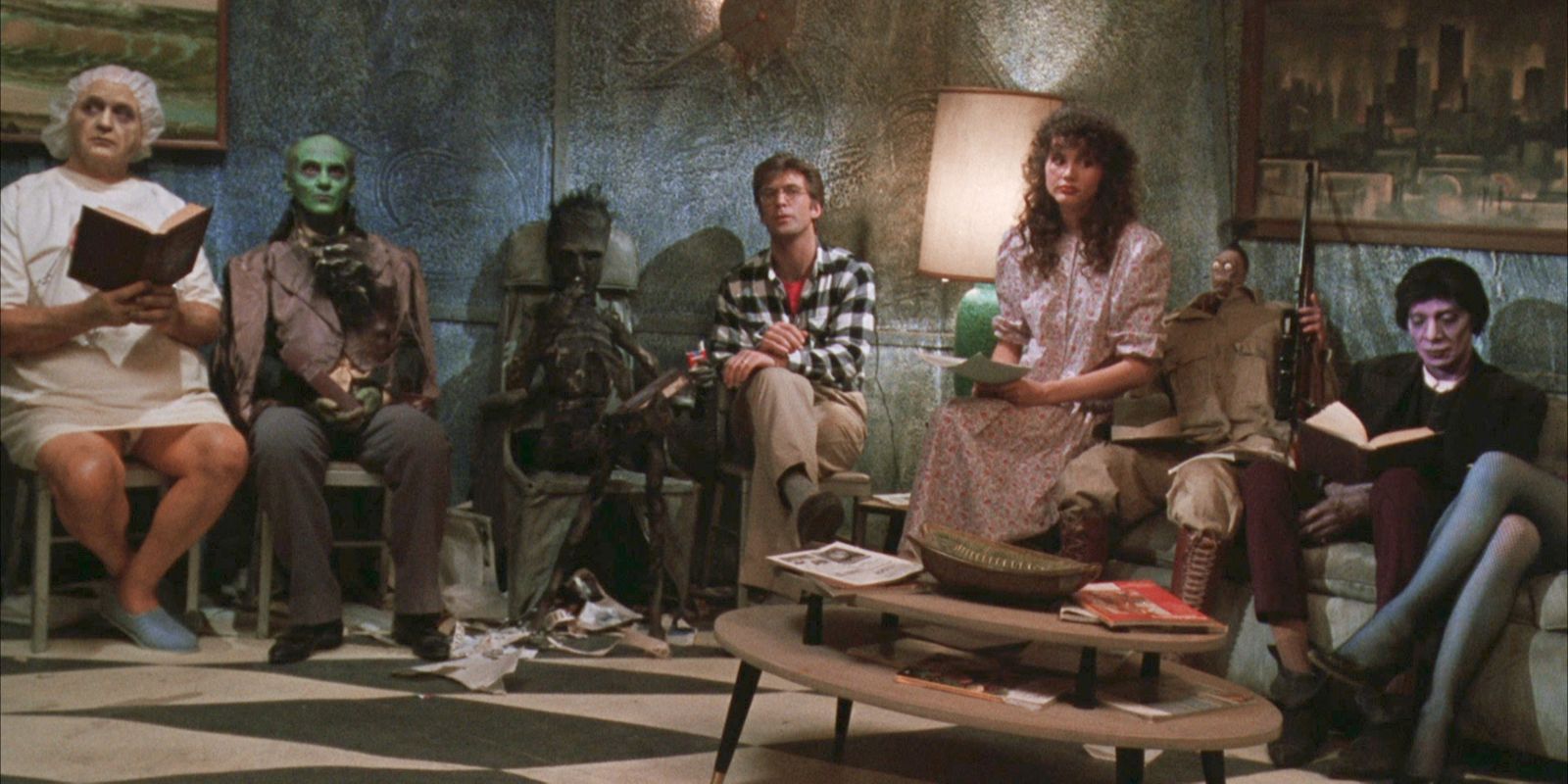 Adam and Barbara find themselves sitting with a man in hospital robes who died of open-heart surgery, a green man with no clear cause of death, and a charred gentleman who kindly offers Adam a cigarette. Sitting next to Barbara is Harry the Hunter, one of the Beetlejuice waiting room’s most iconic spirits, whose shrunken head was caused by the same Voodoo Shaman who shrieks Beetlejuice’s head in the final scene. Next to Harry is some kind of purple-skinned fellow who possibly choked to death, and a magician’s assistant who was cut in two.

Other bored spirits in the Beetlejuice waiting room included a diver who died in a shark attack – with the shark still attached to his leg – a man who choked on a chicken bone, and a woman who was bitten by a rattlesnake and is condemned to spend the afterlife in a sleeping bag with the snake. There’s also a football team that slowly figure out they may not have survived a bus crash.

One thing to note in the Beetlejuice waiting room is that time works differently, so while Adam and Barbara get through it relatively quickly, there are spirits who’ve probably been waiting decades or even centuries. If Beetlejuice 2 ever does happen, the sequel could explain the passage of time based on how long the title “ghost with the most” spent waiting for his number to be called.

Next: Tim Burton: Inside The Twisted Mind Of The Eccentric Filmmaker

Tags:
Previous Article
China and US Astrology – Trade War Tariffs
Next Article
Bark at the Moon: Our first look at Nightwolf in Mortal Kombat 11

Bark at the Moon: Our first look at Nightwolf in Mortal Kombat 11
admin Jul 14