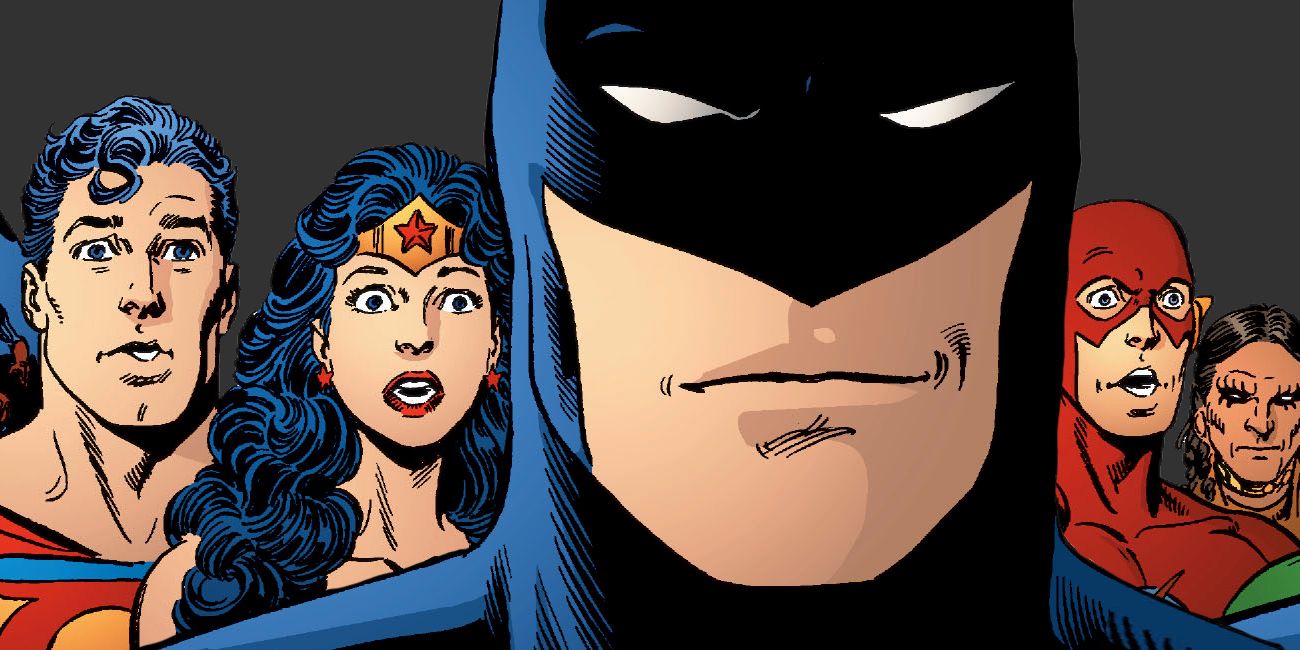 Batman has been the topic of unintentional humor plenty of times on account of the internet. And now thanks to Reddit, a moment where Batman puts the batsuit on for the first time is making giving fans another laugh. In the image, the vigilante is seen smiling after putting his new batsuit on.

Bruce Wayne is usually depicted as serious and dark when wearing the cowl. In fact, the smile in question might be an attempt at a grimace. If that is the case, however, it only makes the panels even more laughable. The moment comes from the comic Batman Legends of the Dark Knight. The comic is a retelling of the beginning of the caped crusader by Dennis O’Neil that came out in 1989.

The comic was hoping to capitalize on the popularity of Tim Burton’s Batman. Showing a more realistic and dark tone. O’Neil drew from Frank Miller’s Batman: Year One. O’Neil’s story was unique because it had Bruce take on the Batman name based off of Native American influence. In the opening pages, Bruce is tracking down a killer in the snowy mountains of Alaska. Bruce is injured in the process and is found freezing by an Native American shaman. The shaman heals him and tells him the tribal legend of the bat. When returning to Gotham, Bruce is inspired by the folklore and begins to train to become The Batman. Alfred is tasked with making the batsuit, and once he finishes it and hands it to master Wayne, hilarity ensues. 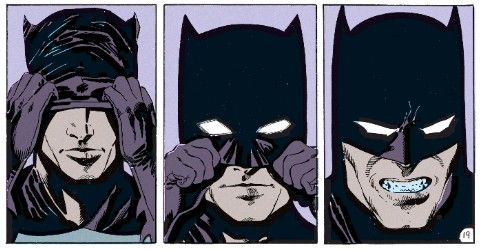 Older depictions of Batman in the comics have become the butt of jokes in this modern era. Images from old Batman comics have been made into memes and gifs all across the web. The Batman slapping Robin meme and The unless you can be Batman meme are among the more popular internet memes. The fact this image is now getting noticed online might make it the next big Batman meme. “SAY CHEESE” is a good caption I can think of for the picture.

The moment from the 1989 comic book might be catching new wind because Comixology is offering the first issue for free. The comic book is excellent and interesting and worth downloading. Legends of the Dark Knight was a different take on the character and a fantastic series to read. Looking past the toothy grin, the art is amazing, and the story is terrific. Batman is a timeless character and his legend and popularity will only continue to rise.

Next: The Batman Slap Gets Used On Another DC Hero

Tags:
Previous Article
I turned my spiritual coaching side hustle into a 6-figure career — here are the 3 tips I swear by that made me successful
Next Article
Leaders in the Yoga Community Speak Out Against QAnon

Marvel Unlimited Goes Back To School With Strange Academy