Attorney, professor, and real estate agent lose their jobs after being exposed as Capitol rioters 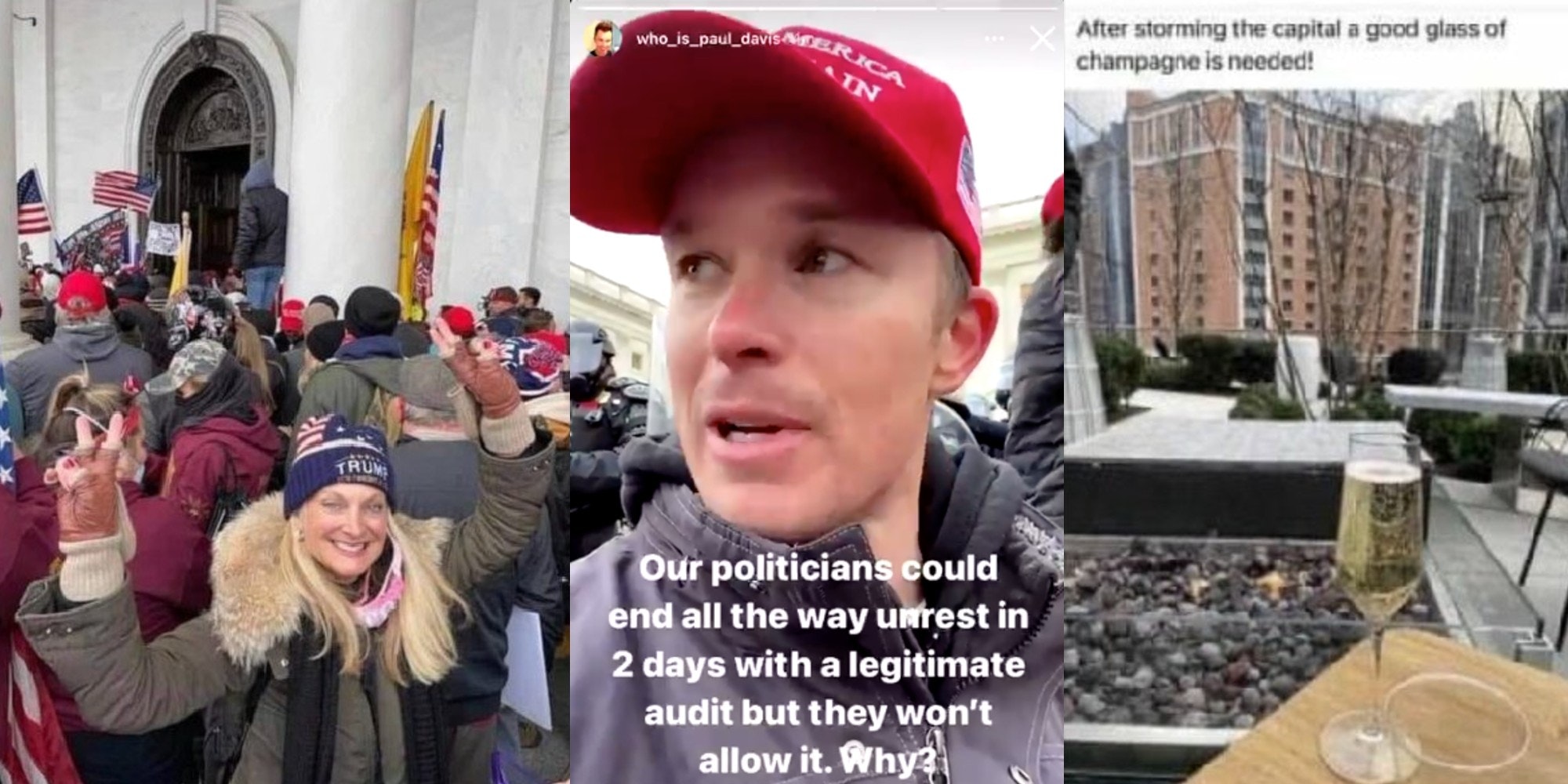 Supporters of President Donald Trump who stormed the Capitol on Wednesday are losing their jobs after being identified online.

The rioters, many of whom openly boasted of breaching the government building on social media, are quickly being outed by both the public as well as law enforcement.

Incited by Trump himself and numerous far-right figures, the siege ultimately led to five deaths after participants attempted to disrupt the counting of the Electoral College votes by Congress.

Attorney Paul Davis is just one of the rioters who has since lost their job. Davis had shared video of himself inside the Capitol to his Instagram account.

Attention was brought to Davis’ actions after a Twitter user tagged his employer, Goosehead Insurance, in a tweet containing the footage.

“This is Paul Davis. Paul is a lawyer. He’s also associate general counsel & director of human resources at Goosehead Insurance,” Roger Sollenberger tweeted. “Today he stormed the capitol building in an attempt to stage a coup against the US government and documented it (!) on Instagram.”

This is Paul Davis. Paul is a lawyer. He’s also associate general counsel & director of human resources at Goosehead Insurance. Today he stormed the capitol building in an attempt to stage a coup against the US government and documented it (!) on Instagram. @followgoosehead pic.twitter.com/eTkoK92ujL

The following day, Goosehead Insurance announced on Twitter that it had cut ties with Davis.

Davis wasn’t the only one to lose his livelihood over the storming of the Capitol. Rick Saccone, a former Pennsylvania state representative, resigned from his job after posting images of himself on Facebook at the Capitol riot.

BREAKING: Former state Rep. Rick Saccone has resigned as an adjunct professor at St Vincent College after school's investigation into his Facebook video at the Capitol. @KDKA pic.twitter.com/ULPD06rfgX

Saccone had worked as an adjunct professor at Saint Vince College and seemingly stepped down after the school began an investigation.

Any allegation that an employee has engaged in illegal or violent activity will result in a thorough investigation and appropriate actions will be taken thereafter. (3/3)

One man, who has yet to be identified, was fired after users online noticed that he had worn his work badge while inside the Capitol.

“Navistar Direct Marketing in Maryland, you’ve got an employee to investigate,” @AltTaxPro said

Navistar Direct Marketing in Maryland, you've got an employee to investigate. https://t.co/ph0M5ENuff pic.twitter.com/039nWvFWMQ

The company later released a statement on its website confirming that it was aware of the allegations and that it had terminated the employee in question.

“While we support all employee’s right to peaceful, lawful exercise of free speech, any employee demonstrating dangerous conduct that endangers the health and safety of others will no longer have an employment opportunity with Navistar Direct Marketing,” the company said.

Chicago-based real estate agent Libby Andrews was also fired after admitting to participating in the riot. Andrews, according to Wonkette, shared a Facebook post of her glass of champagne while bragging about “storming” the Capitol.

In remarks to Reuters, Andrews, who lost her job at a company known as @properties, denied any wrongdoing.

“I’m a 56-year-old woman, petite,” she said. “I was not there causing trouble. I was there to support my president.”

Countless others have been fired or placed on leave as well, with many more expected in the coming days.

Losing their jobs isn’t the only problem Trump supporters are facing this week. Law enforcement has begun arresting and charging individuals involved in the Capitol riot.

High-profile attendees including the Florida man who was pictured stealing House Speaker Nancy Pelosi’s podium as well as the bizarrely dressed man known as the “QAnon Shaman” have both been taken into custody.

The post Attorney, professor, and real estate agent lose their jobs after being exposed as Capitol rioters appeared first on The Daily Dot.